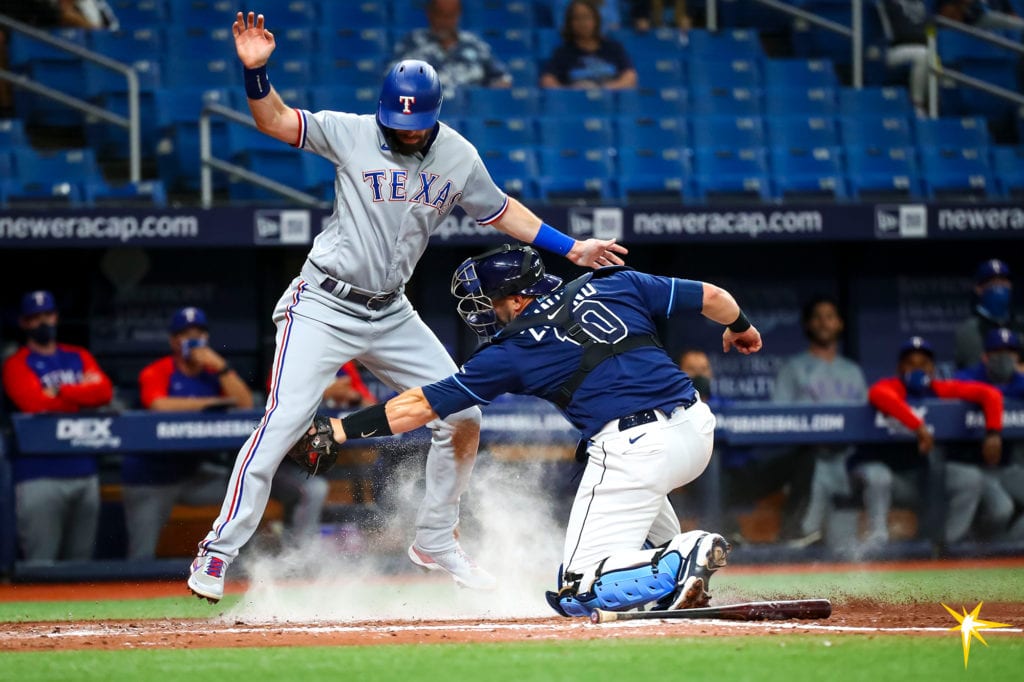 The Texas Rangers used a four-run seventh inning against Tampa Bay Rays reliever Chris Mazza to break open a 1-0 game, going on to defeat the Rays for a second straight day with a 5-1 decision.

Josh Fleming, called up to start, ended up working the first five innings, allowing just a run on a solo homer by Nate Lowe in the top of the second inning, a blast that broke an 0 for 17 streak.

Tampa Bay had a golden opportunity to try and take the lead in the bottom half of the second inning, as Yandy Diaz led off against Rangers starter Kohei Arihara with a base hit and moved to third on a double by Joey Wendle, but Manuel Margot‘s fly ball to left wasn’t deep enough to tie the game, and Yoshi Tsutsugo and Mike Zunino struck out to end the threat.

The Rays also left a runner in scoring position against Arihara in the third.

Fleming (0-1) allowed just the one run on three hits and struck out a pair in five innings of work.

The game would stay 1-0 until the seventh, when Texas added on against Mazza.  Jonah Heim started the frame by drawing a walk, and Charlie Culberson moved the catcher from first to third.  Mazza nearly got out of the inning unscathed by getting Leody Taveras to ground into a double play while keeping Heim at third base, but the right-hander walked Isiah Kiner-Falefa  and David Dahl made the reliever pay with a two-run double to make it 3-0.

An intentional walk to Joey Gallo brought up Adolis Garcia, who nearly hit his first big league home run, but his fly ball hit off the top of the railing in right-center, and the relay to the plate got the left-fielder before he could get his hand on the dish.  The play would go down as a two-run triple, still giving the Rangers a 5-0 lead.

The only run for the Rays game in the bottom of the ninth, when Brandon Lowe hit his first home run of 2021, a solo shot off Kyle Cody.