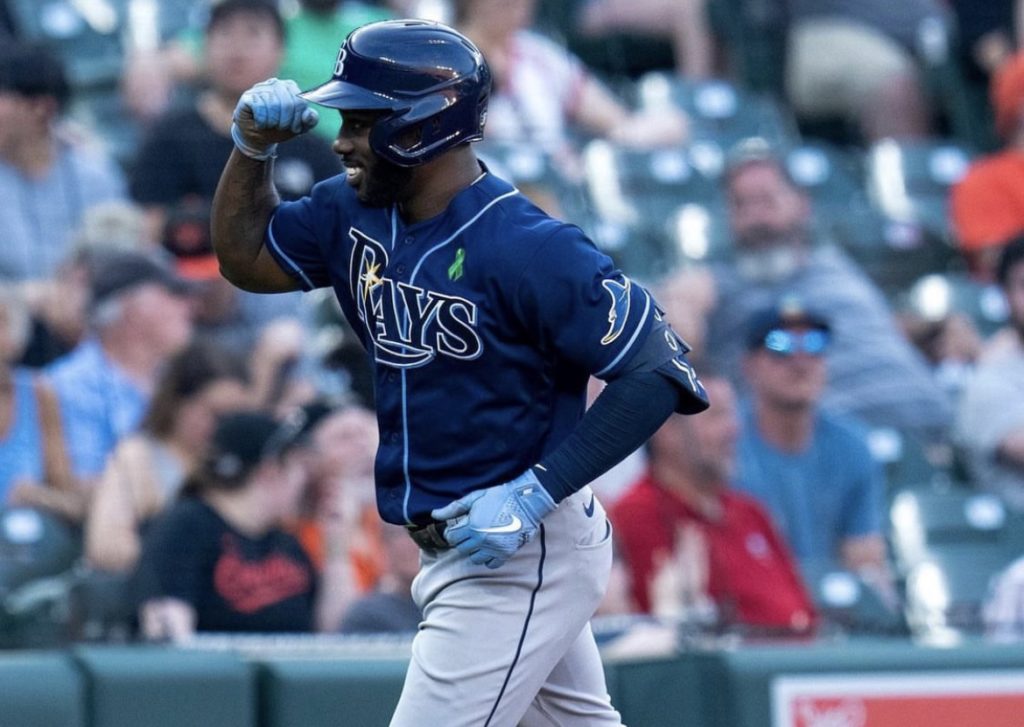 The trade deadline in Major League Baseball is coming up quickly, as August 2 is just over a week away.  The Tampa Bay Rays have a number of aspects of this year’s team that due to either injury or poor performance needs to be improved.  Come deadline day, I expect the team to take a hard look at trying to improve these three spots on the club from outside the organization.

The Rays outfield is very left-handed leaning currently, with Randy Arozarena the only right-handed bat on the 26-man roster, though they did add switch-hitter Roman Quinn late last week.  Still with three lefties (Josh Lowe, Luke Raley, and Brett Phillips) on the roster, and no word if Manuel Margot will be ale to return before the end of the year, it might force the front office to look for someone who can play the corner outfield and provide a little more pop for the lineup ahainst a left-handed pitcher.  Among the players that could be targeted are Cincinnati’s Brandon Drury (who can also play in the infield), Ian Happ of the Chicago Cubs (who is a switch-hitter), Kole Calhoun of the Texas Rangers, and even Arizona’s Jordan Luplow, who the Rays traded for last year at the deadline.

Bullpen arms to supplement the core

As usual, the Rays have used their bullpen more than just about any team in Major League Baseball, and by the end of July, the team is in need of bringing in another arm or two to make sure that the pitchers used at the back end of games still have some fuel for the postseason run.  Among the pitchers the Rays have brought it in seasons past are Chad Bradford, Chad Qualls, Sergio Romo, Steve Cishek, and JT Chargois.  I wouldn’t expect Tampa Bay to go after any of the big names that could be available, but you could see someone like Michael Fulmer of the Tigers, or even former Ray Alex Colome, who is now with Colorado, get targeted.  Also, expect them to look at someone who could be a quick reclamation project they could get for almost nothing, like Washington’s Carl Edwards Jr.

Yes they have already brought in a catcher when they traded for Christian Bethancourt, but I don’t think that necessarily precludes them from exploring the possibility of continuing to bolster the position.  The catcher everyone will be looking at is Willson Contreras of the Chicago Cubs, but two others could be better fits for the Rays than Contreras, as they would not require as large of a return.  Pittsburgh’s Roberto Perez is known for being one of the best at controlling the running game, while Oakland’s Sean Murphy won the American League Gold Glove at the position last year. plus would bring a stronger bat than Perez.  However, that would also require more in a deal.