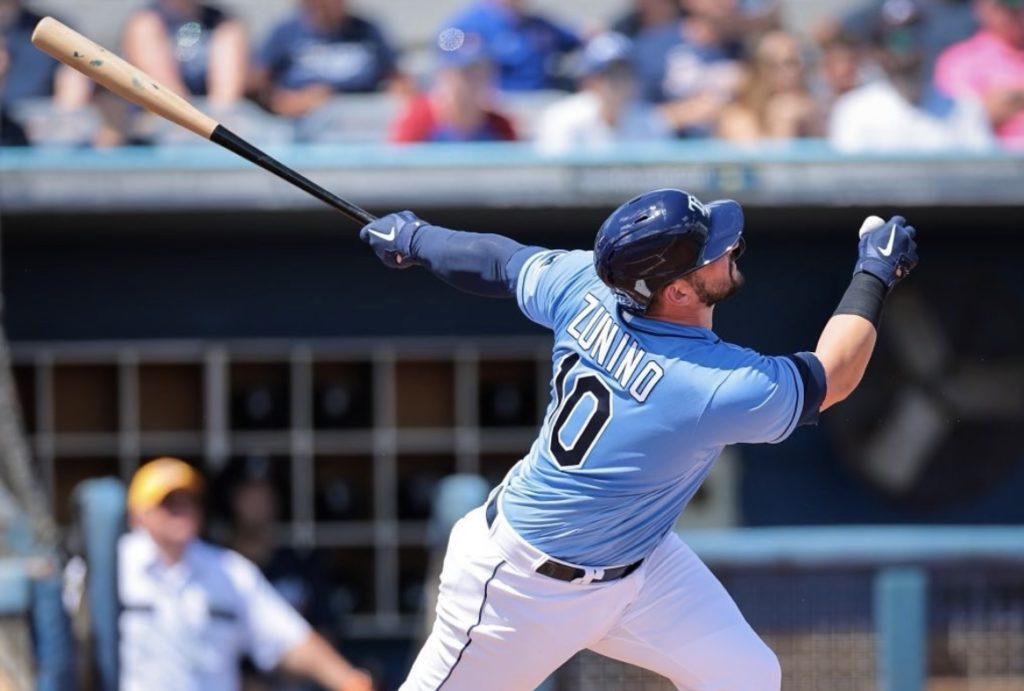 Sanders allowed just a second inning leadoff walk to John Nogowski and a base hit later in the frame by Travis Demeritte, and struck out one in facing seven batters Saturday.

Zunino gave Tampa Bay the lead in the fourth three batters after Randy Arozarena reached on an infield single against Jackson Stephens, taking an off-speed pitch and sending it on to the boardwalk beyond the visiting bullpen in left for a 2-0 advantage.

Atlanta rallied to take the lead in the top of the fifth against Andrew Gross, who spent 2021 in Low-A Charleston, with three consecutive one-out doubles by Vaughn Grissom, Nogowski, and Michael Harris leading to four runs for the Braves.

But the Rays rallied in the home half of the sixth against Tyler Ferguson, who hit Esteban Quiroz with a pitch with one out in the inning, then gave up a RBI triple to Tristan Gray and a sacrifice fly to Grant Witherspoon to tie the game.

Neither side could scratch across a tie-breaking run, and the game would end deadlocked after nine innings.

Tampa Bay will look for its first Grapefruit League win of 2022 Sunday when they head back to Fort Myers, this time to take on the Minnesota Twins.  Minor-leaguer Colby White, who started last season in Low-A Charleston and ended it in Triple-A Durham, will get the start against Dylan Bundy.  First pitch is scheduled for 1:05.