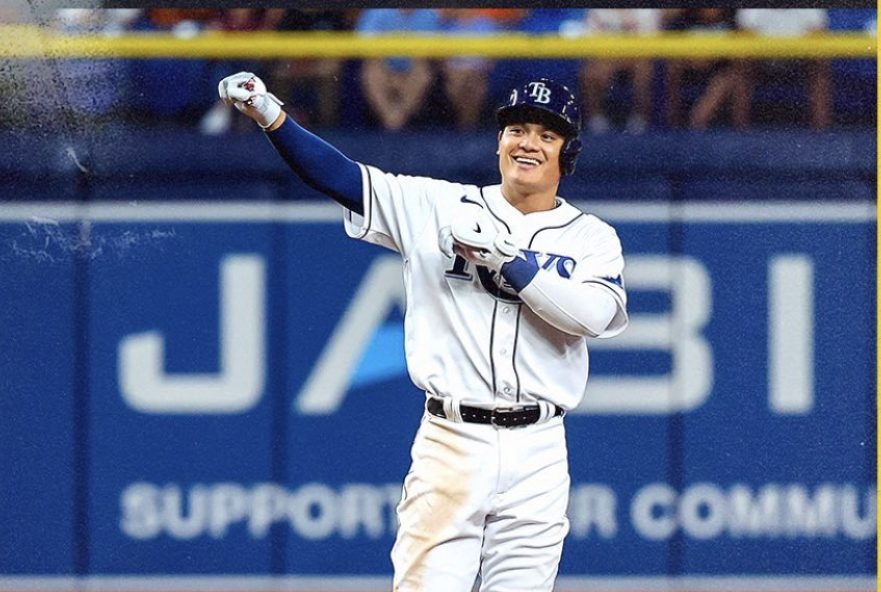 Yu Chang hit a pair of RBI doubles, and Christian Bethancourt‘s two-run homer of Cionel Perez ended up being the difference as the Tampa Bay Rays ended the Baltimore Orioles winning streak at ten games extended their own run to five straight with a 5-4 decision Friday night at Tropicana Field.

After Baltimore took a 2-0 lead thanks to home runs by Trey Mancini in the third and Ramon Urias in the fourth, both off Luis Patino, Chang immediately cut the deficit in half in the bottom of the fourth, driving in Isaac Paredes, who drew a walk to lead off the frame, with a double into the left field corner off Orioles starter Tyler Wells, with the first of his two-base hits.

Tampa Bay then rallied to take the lead with two out in the bottom of the sixth, as consecutive doubles by Josh Lowe, and Chang off Wells, and Francisco Mejia off Perez gave the Rays the lead.  Manager Kevin Cash then brought Bethancourt in to pinch-hit for Luke Raley, and he got a 1-2 fastball that he was able to lift in the air down the left field line.  Left fielder Anthony Santander could not corral the baseball, which was initially ruled foul, but a crew chief review showed that the ball left the field in fair territory for his fifth home run of the year and first since being traded to Tampa Bay.

Urias cut the lead back to 5-4 with his second home run of the night, a two-run blast off Colin Poche, but Brooks Raley worked a 1-2-3 top of the ninth inning to earn his sixth save.

The victory gets Tampa Bay back to ten games over .500 on the season, and maintains their 1 1/2 game lead over the Seattle Mariners for the top wild card.