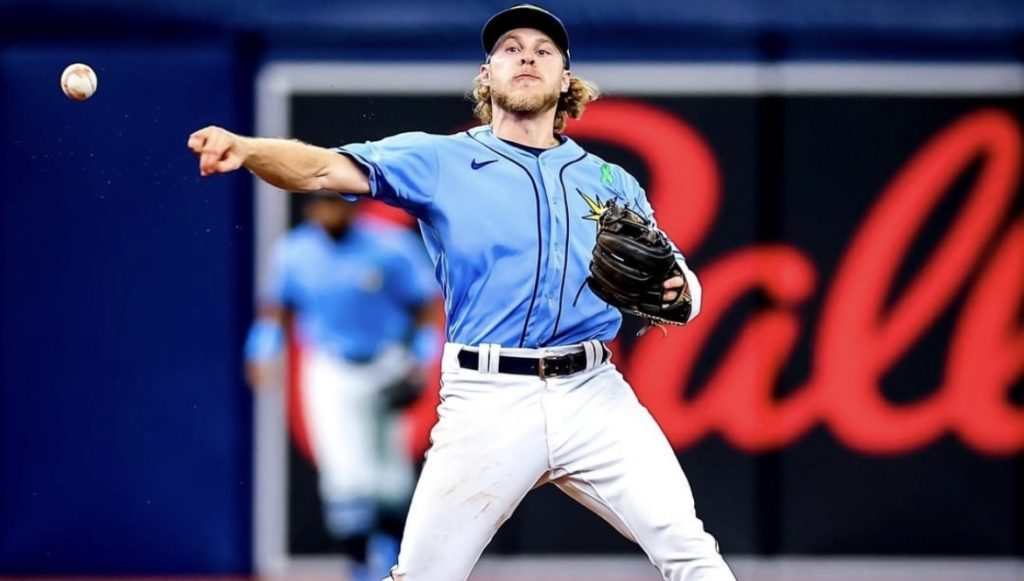 Sometimes it’s the most unlikely source that brings a team a victory, and that would certainly be the case Sunday, as Taylor Walls homered and made a pair of spectacular plays in the field to help the Tampa Bay Rays finish their four-game series with the New York Yankees with a pair of wins, including Sunday’s 4-2 decision at Tropicana Field.

Walls’ solo shot off Luis Severino in the bottom of the fifth, his second of the year, broke a 1 for 34 stretch at the plate for the infielder, breaking a 1-1 tie.

New York initially took the lead in the top of the second inning, when Gleyber Torres connected off Shane McClanahan for his ninth home run of the season, but Ji-Man Choi leveled the game in the bottom of the inning with his fourth homer of 2022, a solo shot to left off Severino.

McClanahan (5-2) was able to get out of a first and third jam in the third inning with strikeouts of Anthony Rizzo and Torres, and in the sixth with runners on first and second when Walls started an around-the-horn double play.

The left-hander ended up scattering seven hits and struck out seven in his six innings of work.

Tampa Bay added on a pair of runs in the bottom of the seventh as Severino walked Wander Franco and Choi before exiting after striking out Manuel Margot.  Ron Marinaccio walked Walls to load the bases, and pinch-hitter Harold Ramirez to force in a run to make it 3-1, then hit Mike Zunino with a pitch to extend the score to 4-1.

Jason Adam worked a scoreless seventh, while Colin Poche gave up a solo homer to Aaron Judge to make it 4-2, and needed an incredible defensive play from Walls, who moved to second base in the inning, to strand Torres at third base and keep the score there.

J.P. Feyereisen needed just five pitches to work a perfect ninth for his first save of the year.