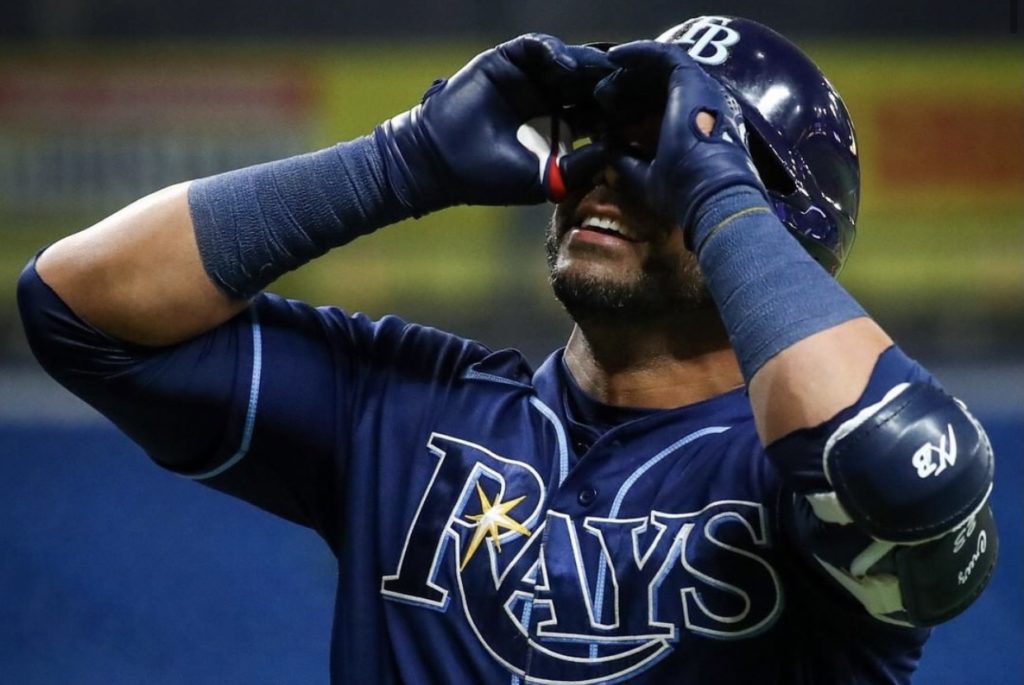 Shane Maz pitched shutout baseball for nearly six innings, and Nelson Cruz drove in a pair as the Tampa Bay Rays wrapped up the home portion of the 2021 regular season by tying the franchise record for wins in a season by completing a three-game sweep of the Miami Marlins with a 3-2 victory Sunday at Tropicana Field.

Tampa Bay used early command issues by Marlins starter Jesus Luzardo to get out in front.  Luzardo walked Manuel Margot to start the inning, then left a pitch in the strike zone for Wander Franco to lace to left for a double and extend his on-base streak to 41 consecutive games.  Nelson Cruz made it 1-0 with a deep fly ball that scored Margot, and after a walk to Randy Arozarena, Yandy Diaz’s sacrifice fly scored Franco for a 2-0 lead.

Cruz pushed the Rays lead to 3-0 in the fifth, following up Wander Franco’s two-out triple off Zach Pop with a base hit to left.

That third run would prove to be crucial, as after Baz left two out into the sixth and JT Chargois got the final out of the inning, Miami would get on the board in the seventh thanks to back-to-back ground-rule doubles by Joe Panik and Eddy Alvarez.

Josh Fleming finished the seventh and worked a scoreless eighth, but Nick Anderson allowed Miami to get back to within one run thanks to a solo homer by Lewin Diaz leading off the ninth.  But the former Rays closer induced fly ball outs by Nick Fortes, Panik, and Alvarez to record his first save of 2021.

Tampa Bay finishes the home portion of the 2021 schedule with a record of 52-29.

The final road trip of the 2021 regular season will begin Tuesday, as the Rays open a three-game series with the Houston Astros, looking for one win to secure the best record in the American League.  Michael Wacha (3-5, 5.49 ERA) will get the start, with first pitch scheduled for 8:10.