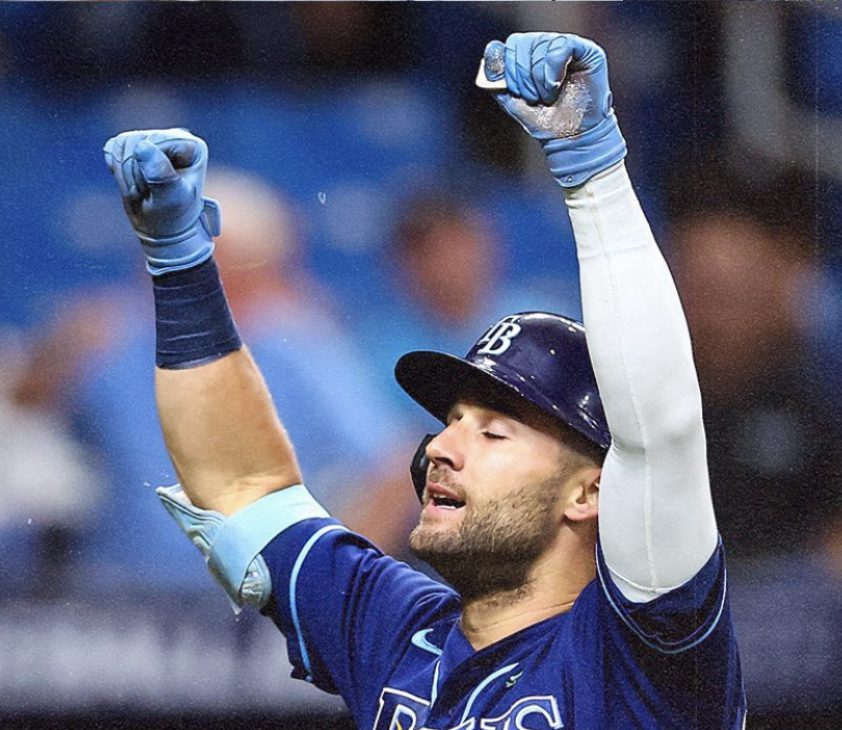 Shane McClanahan and a pair of relievers combined to throw a five-hit shutout, and three Rays players hit home runs as Tampa Bay began the 2022 Citrus Series with a 4-0 victory over the Miami Marlins.

McClanahan allowed four of the five hits in his six innings of work, striking out nine and walking a pair.

The Rays jumped out to a lead on the very first pitch, as Kevin Kiermaier lined Pablo Lopez‘s first fastball past Jesus Sanchez in center and all the way to the wall, rounding the bases for his team-leading sixth home run of the year.

Kevin Kiermaier hits an inside the park homerun!

Harold Ramirez made it 2-0 an inning later, leading off against Lopez by hitting his first home run in a Rays uniform, tucking an offering just over the wall in right.

Miami’s best chance to get on the board came in the sixth, as Garrett Cooper and Jesus Aguilar started off the frame with base hits.  But Jorge Soler grounded into a double play, and Cooper was then thrown out at the plate after a McClanahan pitch ended up ricocheting off the backstop to Isaac Paredes, who then threw to Mike Zunino at the plate for the tag.

The Rays added two more runs in the bottom of the inning, as Randy Arozarena doubled to start the inning, and Choi followed with a deep home run to right.

Dusten Knight allowed a run and a walk in two innings of relief, and Ryan Thompson worked a perfect ninth inning to end the game.