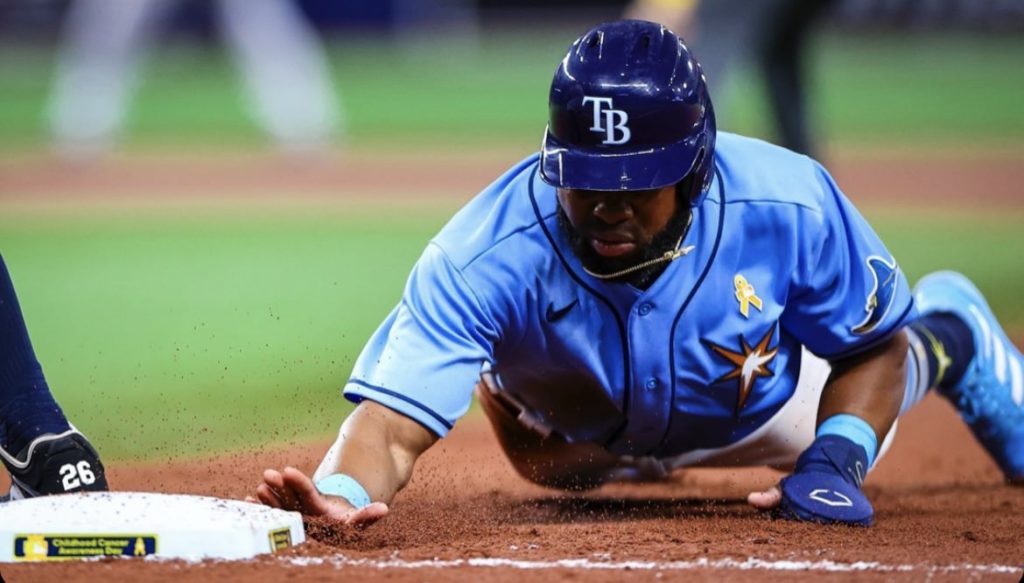 Jeffrey Springs and four relievers combined to throw a four-hut shutout, and Christian Bethancourt‘s two-run homer would end up being more than enough as the Tampa Bay rays whitewashed the New York Yankees 3-0 Friday at Tropicana Field.

Tampa Bay took the lead off Yankees starter Domingo German in the fourth, as a pair of one-out errors committed by Josh Donaldson allowed both Harold Ramirez and Randy Arozarena to reach, though the second error also allowed the Yankees to throw out Ramirez at the plate.  David Peralta picked up his teammates with a line drive base hit that scored Arozarena and gave the Rays a 1-0 lead.

The game stayed 1-0 until the seventh, when Isaac Paredes drew a walk from German, and Bethancourt, celebrating his 31st birthday with his wife and children visiting from Panama, blasted his ninth home run of the year and fifth in a Tampa Bay uniform.

The Rays’ six-run eighth was highlighted by a pair of bases loaded walk by Anthony Banda, issued to Taylor Walls and Yandy Diaz, and Manuel Margot collected two hits in the inning and driving in a pair with his second base hit of the frame.

JT Chargois, Colin Poche, Jason Adam, and Calvin Faucher combined to get the final ten outs of the innings.

The win allows the Rays to cut the Yankees lead in the division to five games (four in the loss column) with 32 games to play in the season.