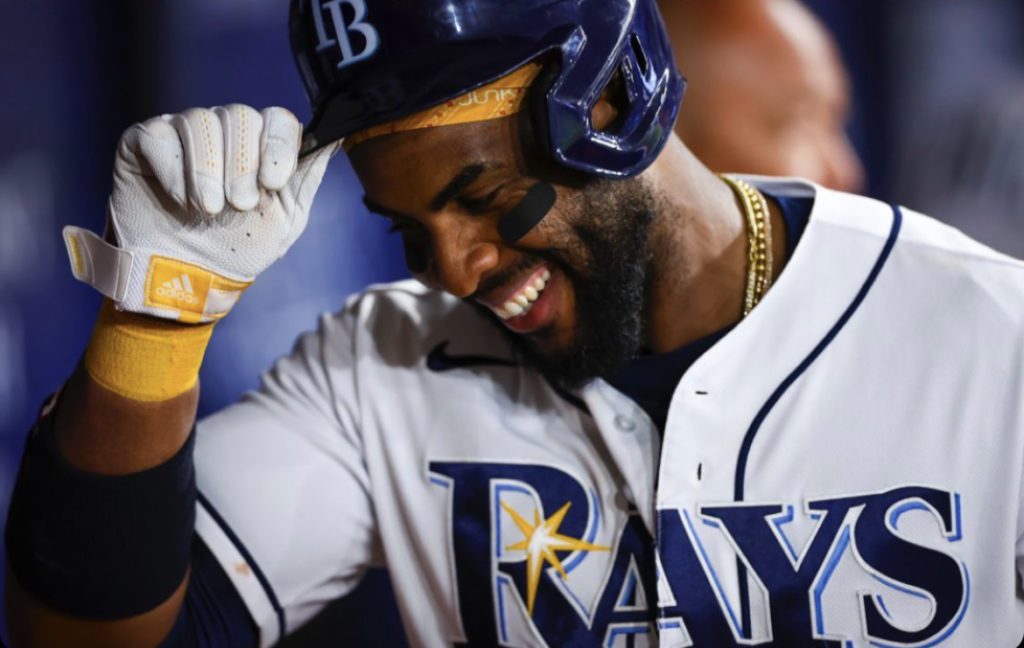 The Tampa Bay Rays and Boston Red Sox engaged in a wild back-and-forth affair Monday evening at Tropicana Field, with Yandy Diaz’s three hits and three RBI leading the way to a 10-5 victory.

Tampa Bay started the scoring in the bottom of the first, loading the bases against Brayan Bello with Diaz being hit by a pitch, Ji-Man Choi drawing a walk, and Jonathan Aranda singling.  Randy Arozarena struck out, but Josh Lowe picked up his teammate with a two-run single.

After Matt Wisler worked a scoreless top of the first, Boston would get a run back against Josh Fleming in the second on Alex Verdugo‘s seeing-eye single that scored Xander Bogaerts.

But the Rays rallied back and put up three more runs on Bello in the second, forcing him to throw 42 pitches in the inning and scoing on an RBI double by Diaz, and run-scoring singles by both Choi and Aranda.

Boston vut the lead back to 5-3 in the third, and got within a run in the fourth against Fleming, who ended up leaving with an oblique issue after working his third inning.  The Red Sox tied the game against Luke Bard in the fifth with J.D. Martinez doubling and scoring on an opposite-field single by Bogaerts.

But Bard prevented Boston from taking the lead, and in the sixth, Jake Diekman allowed the Rays to break the tie by hitting Taylor Walls with a pitch and giving up another Diaz double that brought in Walls from first base.  Kaleb Ort then gave up a base hit to pinch-hitter Harold Ramirez to get the lead back to two runs.

Bobby Dalbec‘s error in the eighth led to three more unearned runs for Tampa Bay, with Diaz driving in his third run of the night with a sacrifice fly, and Ramirez and Yu Chang following with base hits.

The Rays will look for a second straight victory Tuesday, when Corey Kluber (4-5, 3.62 ERA) takes on Chris Sale, who is making his season debut.  First pitch is scheduled for 7:10.