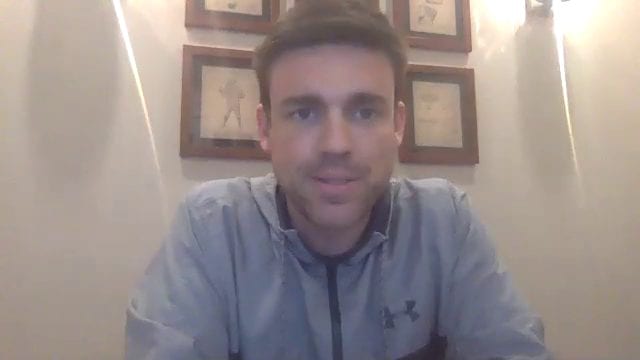 The Tampa Bay Rays made the signings of pitchers Rich Hill and Oliver Drake official Wednesday evening, with each agreeing to one year contracts.

Hill had reportedly agreed to a deal with the Rays Friday.  The soon-to-be 41-year-old spent 2020 with the Minnesota Twins, finishing his 16th year in the big leagues 2-2 with a 3.03 earned run average in eight starts.  Tampa Bay general manager Erik Neander said they saw in the left-hander a good fit for their rotation.

“Starting in the most simple terms, he has been a quality, impactful pitcher,” Neander said Wednesday night.  “And that’s something we expect to continue.”

Neander praised Hill for being “an A-plus competitor.  He’s a winner, and he’s been on winning clubs and in winning atmospheres.”  He also called the left-hander “the type of example you want to have in a veteran player” to help out the younger talent on the roster.

As for his role, Neander said Hill’s role will be to provide length in games, whether it’s as a true starter or a bulk pitcher, and will take into account his advanced age along with the number of innings he threw in 2020.

The deal for Drake was very reported Wednesday morning, and Neander admitted that his role is a little more uncertain due to the flexor tendon injury he suffered in 2020.

“He’s not going to be ready [for] Opening Day, his exact timeline is TBD [to be determined,]” the Rays GM said.  “We expect him to be back sometime in the middle of the season and we’ll get a better, more precise estimate on that as we go along.

“We know what he’s capable of when he’s been right, and when he’s been healthy.  That was not last year, that was a lot more like 2019.  And we’re very optimistic that down the stretch for several months deeper in the season he’ll be in a position to help us.”