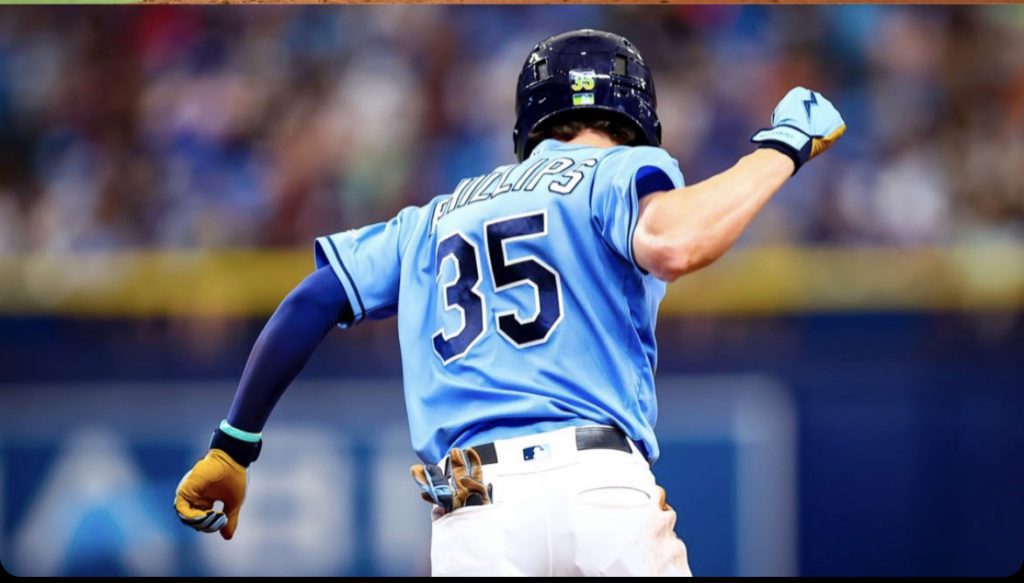 The Tampa Bay Rays got six innings on the mound from Corey Kluber, and home runs from Randy Arozarena, Brett Phillips and Francisco Mejia to take the rubber match of their three-game weekend series with the Baltimore Orioles 7-5 at Tropicana Field.

After dropping Saturday’s contest in extra innings, the Rays wasted little time jumping on Orioles starter Jordan Lyles, who hit Harold Ramirez with a pitch and Arozarena followed with a blast to center field for his 12th home run of the season.

Ramirez would leave the game after the half-inning, and x-rays showed that the first baseman suffered a fractured his thumb.  He will be re-evaluated after two weeks.

Josh Lowe extended Tampa Bay’s lead to 3-0 in the second, as his double scored Phillips, who walked to start off the inning.

Brandon Lowe nearly made it 4-0 with a double to center, but Arozarena, who had singled in front of him, was thrown out at the plate for the first out of the inning.  Taylor Walls then drew a walk, and Phillips, who was without an extra-base hit since May 22, crushed a three-run homer to left to end Lyles’ afternoon and make the game 6-0.

Baltimore would get two runs in the fourth on singles by Adley Rutschman and Ramon Urias, and Rougned Odor‘s tenth homer of the season in the sixth cut the lead back to 6-4, but Mejia’s solo homer leading off the bottom of the sixth against Keegan Akin pushed the lead back to three runs.

Pete Fairbanks made his 2022 debut in the eighth, and Austin Hays did take his first pitch out for a solo homer, but the Orioles would get no closer.

Tampa Bay heads into the All-Star break with a record of 51-41 and holding the top Wild Card spot in the American League playoffs.  The team will be off until Friday, when they open a series in Kansas City.