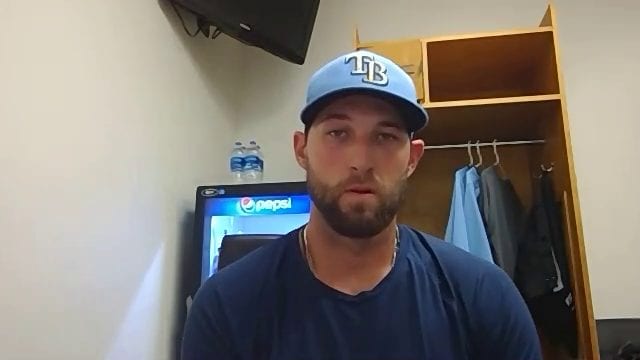 Michael Wacha threw three shutout innings, and Brett Sullivan and Joseph Odom each drove in a pair as the Tampa Bay Rays finished the 2021 Grapefruit League with a 5-0 whitewashing of the Detroit Tigers Tuesday at Joker Marchant Stadium in Lakeland.

Rays pitchers held the Tigers to just four hits in the seven-inning contest.  Cody Reed started the game with a 1-2-3 first.  Wacha allowed three hits and struck out two in his final tuneup for the regular season.

Tampa Bay got on the board in the fifth, as Manuel Margot led off the inning with a double against Casey Mize.  Xavier Edwards singled pinch-runner Miles Mastrobuoni to third, and after Odom struck out and Tristan Gray grounded out, Detroit brought in Michael Fulmer to face Sullivan, who greeted the right-hander with a double to score both runners.  Moises Gomez then drove in Sullivan with a base hit to make it 3-0.

The Rays added on against Matt Manning an inning later, as Blake Hunt and Wander Franco started the frame by each drawing a walk.  Mastrobuoni and Edwards each grounded out, but Odom picked up his teammates with a double to set the score at 5-0.

After Wacha’s final appearance, Tampa Bay also got scoreless innings of relief out of Collin McHugh, Hunter Strickland, and Phoenix Sanders to end the game.