Rasmussen Looks To Even Up Series With Mariners 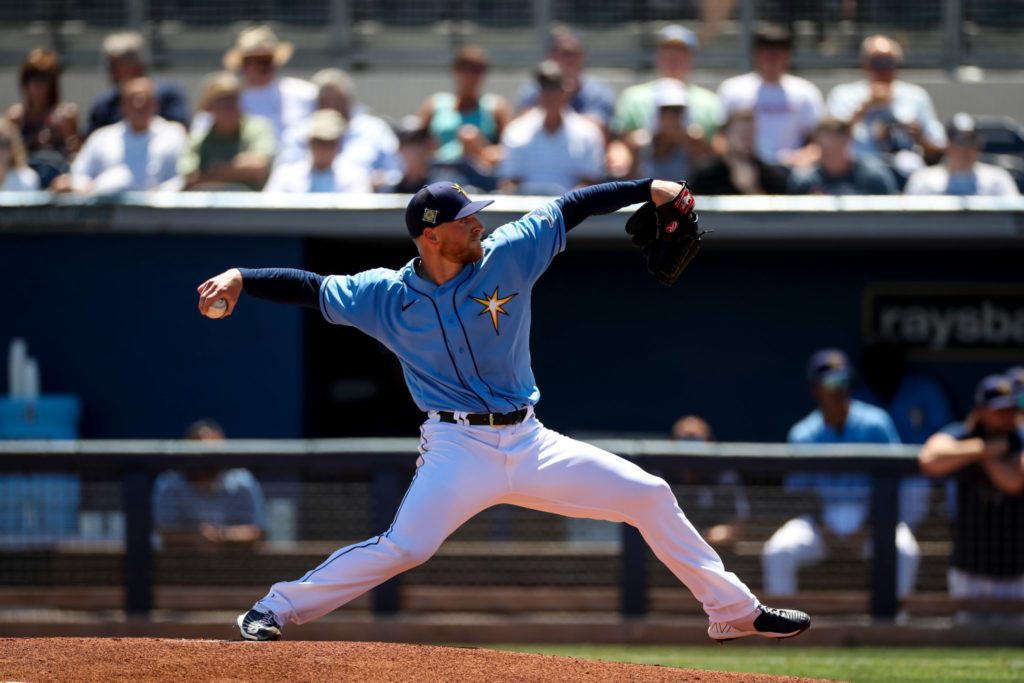 The Tampa Bay Rays will look to bounce back from their 8-4 loss Tuesday night in the opening game of their three-game series with the Seattle Mariners by taking the middle game of the set Wednesday.  Drew Rasmussen (0-1, 5.25 ERA) will get the start, taking on Marco Gonzales (1-1, 3.29 ERA).  First pitch is scheduled for 6:40.

Catcher Mike Zunino, who left Tuesday’s game with left biceps soreness, said Wednesday he believes that he will not need to go in the injured list for the issue.

“[I’m] a little sore from all the treatment and stuff,” Zunino said.  “But I think it’s a step in the right direction.”

Both Zunino and manager Kevin Cash said he could be available tonight in an emergency, but they’d like to give him another day or two to heal further.

Kluber Has Start Pushed Back A Day

The Rays said pitcher Corey Kluber, who was scheduled to start Thursday’s finale against Seattle, will now be pushed back a day, and start Friday night’s opener against the Minnesota Twins.

Cash said the team will use a bullpen day on Thursday.