The Tampa Bay Rays will look for their third straight Grapefruit League victory and fourth in their last five games with a win over the Baltimore Orioles Wednesday.  Left-hander Josh Fleming will get the start, with first pitch scheduled for 1:05 from Ed Smith Stadium. 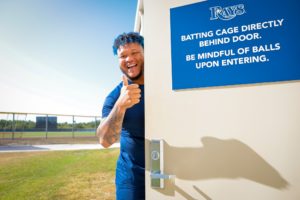 Wednesday will mark the Rays spring debut of outfielder Harold Ramirez, who was acquired from the Chicago Cubs Saturday.

The 27-year-old told St. Pete Nine that despite only less than two weeks before the start of the regular season, he feels he can still be ready for April 8 because he played winter ball and particiapted in the Carribbean Series.

Ramirez is expected to see time at all three outfield positions, and it wouldn’t be out of the question for him to get an inning or two at first base.