Pete Fairbanks Wants To Concentrate Between The Lines 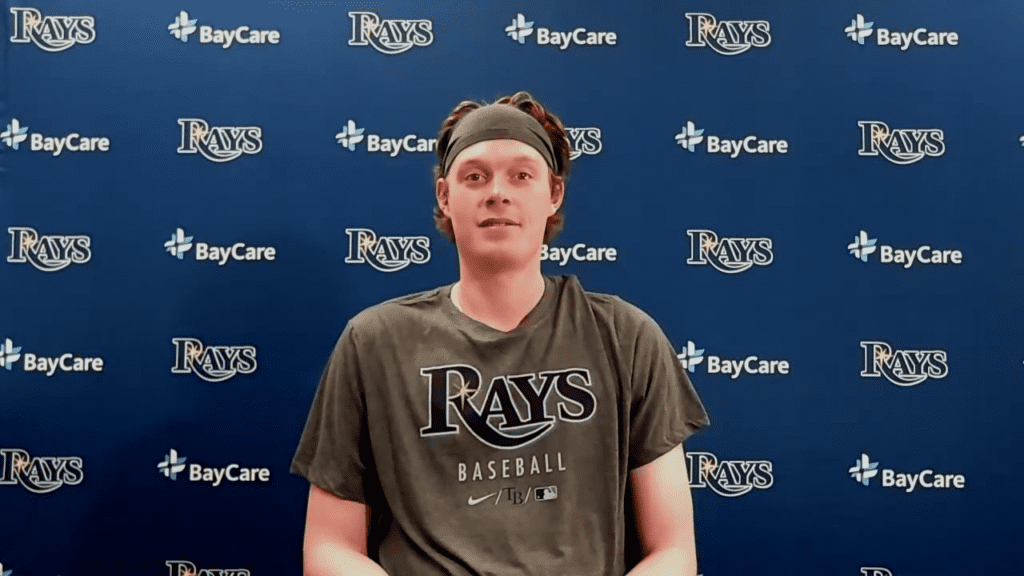 There have been plenty of moves made by the Tampa Bay Rays front office this offseason, but don’t ask reliever Pete Fairbanks to comment on the decisions made by general manager Erik Neander and the baseball operations department.

“I am here to throw the ball.  I am not here to make do of what our personnel is supposed to do,” Fairbanks said Thursday.  “I think we have people out there who are going to help us win ballgames.  That’s what it comes down to.  I’m going out and do what I’m supposed to do, and hopefully everybody else does what they’re supposed to do, and we’ll win some ballgames.”

But that doesn’t mean Fairbanks isn’t doing some politicking, especially when it comes to using his changeup, a pitch that the coaching staff pointed out last year works better the less hitters see it.

“If Cash has his way, I’ll be a two-pitch guy again,” Fairbanks replied when asked about mixing in a third pitch in 2021.  “I’m still throwing a changeup.  It’s not like it went anywhere, I’m just going to try and throw it more.  So Cashy, I’m doing it.  I hope you don’t mind.”

Much was made about pitcher Josh Fleming’s t-shirt during the World Series that featured him and Fairbanks photoshopped over Will Ferrell and John C. Reilly’s bodies in the movie Step Brothers.

No wonder why the @RaysBaseball won last night. Check out @JoshRFleming pre Game 4. Too much 🔥 #BestBudz #Platinum pic.twitter.com/BfmnLJhl0R

So much that the pair decided to make the shirt available for sale with proceeds going to charity.  But don’t call it a side hustle.

“That makes it sound like I’m selling knock-off DVD’s,” Fairbanks laughed.  “You can’t beat a good Step Brothers, especially when it’s like having a little stepbrother.”

Fairbanks said his agent, Aaron Elking (who also happens to be Fleming’s agent also), made the shirt that was spotted during the World Series, and after the season ended came up with the idea of selling the shirt and donating the money to help kids in the St. Louis-area.