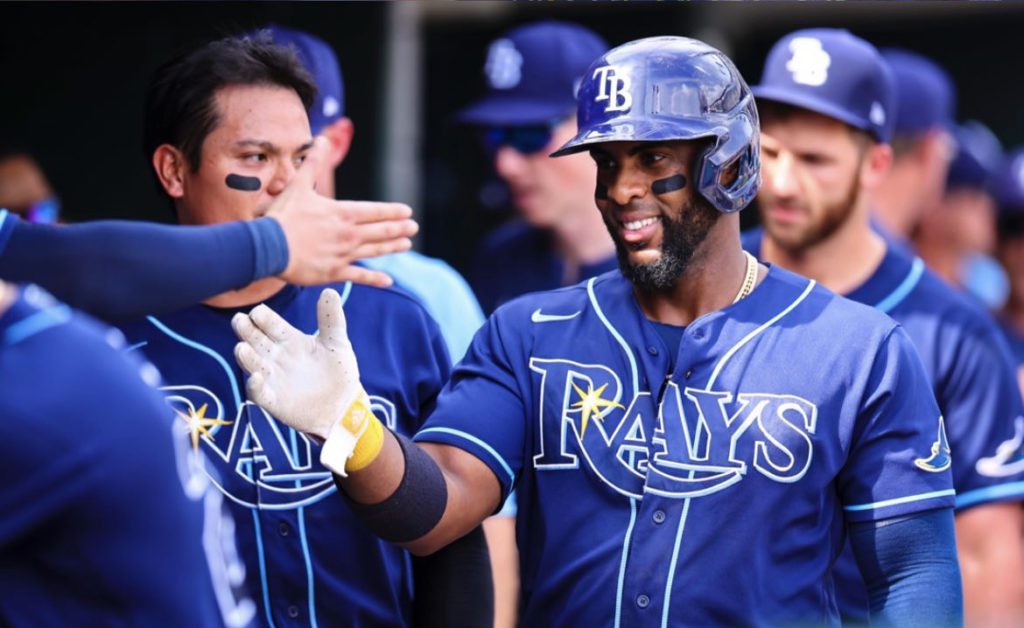 What was a pitchers’ duel turned into a one-sided contest thanks to a wild top of the ninth inning, as The Tampa Bay Rays earned their first series win since the All-Star break with a 7-0 victory over the Detroit Tigers.

Tampa Bay went with a bullpen day on the mound, limiting starter Drew Rasmussen to just one trip through the lineup, though the right-handed was able to finish three full innings.

Jalen Beeks was able to wiggle off the hook in the fourth inning thanks to a pair of defensive plays, with Yu Chang throwing out Riley Greene at the plate on a fielder’s choice, and Randy Arozarena followed by making a catch to rob Harold Castro of what would have been a two-run homer to left to end the inning.

The most casual home run robbery you ever did see pic.twitter.com/scw5LnbW5e

Brooks Raley, Pete Fairbanks, and Colin Poche kept the Tigers off the scoreboard through the eighth.

Meanwhile, the Rays found their bats largely silent against Tigers starter Matt Manning, who pitched the first seven innings, and reliever Alex Lange.  But the same could not be said for their All-Star closer Gregory Soto.  Soto gave up a base hit to Isaac Paredes sandwiched between a pop out to Roman Quinn and a line out by pinch-hitter Christian Bethancourt.  But then Soto lost his command, giving up a double to Francisco Mejia, walking Jose Siri to load the bases, and issuing free passes to first Chang and then Yandy Diaz to force in the first two runs of the game.

Patience is a virtue even if you have to be patient all the way to two outs in the 9th. pic.twitter.com/cItYG4eZze

A.J. Hinch then brought in Jason Foley to try and stop the bleeding, but it did not work, as Brandon Lowe drove in a pair with a single, Arozarena made it 6-0 with a two-run double of his own, and Quinn capped the scoring with an RBI single.

Shawn Armstrong worked a 1-2-3 ninth to finish off the game.

The win gets the Rays back to eight games over .500 on the season, percentage points ahead of the Seattle Mariners for the second Wild Card, and remaining two games behind Toronto for the top Wild Card.

Tampa Bay will have Monday off before starting a two-game series with the Brewers in Milwaukee on Tuesday.