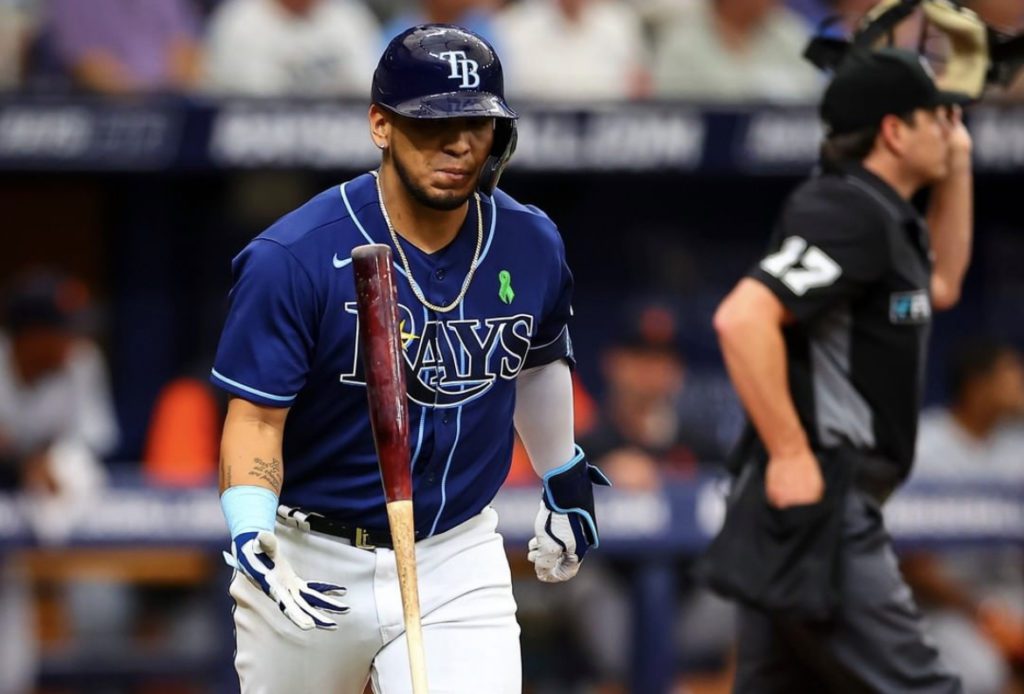 Drew Rasmussen pitched five shutout innings for the win, and Isaac Paredes hit a pair of home runs against his former team, as the Tampa Bay Rays earned a series victory over the Detroit Tigers with a 6-1 decision in Wednesday afternoon’s rubber match at Tropicana Field.

For the second straight game, Rays bats jumped on a Tigers starter early, scoring three times on left-hander Eduardo Rodriguez.  Yandy Diaz singled on the first pitch of the inning, moved to second on a base hit by Wander Franco, and Harold Ramirez loaded the bases with an infield single.  Rodriguez walked Randy Arozarena to force in a run, and Mejia made it 3-0 with a two-run base hit.

Rodriguez would get just one out before A.J. Hinch had to go to the bullpen.

Paredes made it 4-0 in the third inning, crushing a Rony Garcia offering into the seats in left for his first home run with the Rays.

Rasmussen would allow just four hits and strike out seven in his five innings to improve to 4-1 on the year.  Matt Wisler worked a scoreless sixth, but gave up the only run of the afternoon for the Tigers in the top of the seventh, as Spencer Torkelson homered to left-center, his fourth of the season.

But the Rays got the run back in the bottom of the inning against Michael Fulmer, with Brett Phillips and Diaz both singling, and after Franco flew out for the first out of the inning, Ji-Man Choi was brought in to pinch-hit for Ramirez.  Choi, who is now 9 for 10 as a pinch-hitter since the start of the 2021 season, blooped a base hit to right-center, scoring Phillips to make it 5-1.

Paredes set the score in the bottom of the ninth, going deep this time against Wily Peralta.

Tampa Bay will have Thursday off before starting a three-game series in Baltimore taking on the Orioles.  Jalen Beeks (1-0, 1.72 ERA) will open Friday’s contest, taking on Tyler Wells (1-3, 4.18 ERA).  First pitch is scheduled for 7:05.