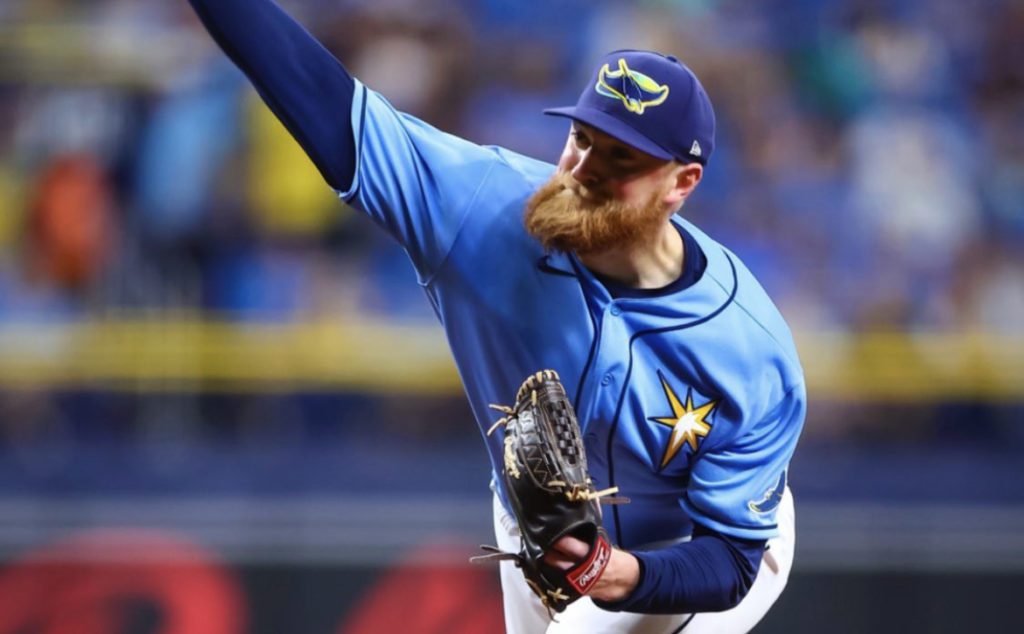 Drew Rasmussen came within three outs of the first perfect game in Tampa Bay Rays history, and Randy Arozarena’s three-run homer proved to be more than enough to finish off a series victory 4-1 over the Baltimore Orioles Sunday at Tropicana Field.

Rasmussen needed just 79 pitches to retire the first 24 Orioles hitters in a row before Jorge Mateo took his first pitch in the top of the ninth inning and lined it into the left field corner for a double.

Pinch-hitter Terrin Vavra moved Mateo to third base with a groundout, and a wild pitch by Rasmussen would allow him to score Baltimore’s only run of the game.

The Rays got on the board in the bottom of the third inning against Jordan Lyles, as Jose Siri led off the frame with a base hit, and Taylor Walls followed with a double to right.  Ji-Man Choi struck out and Yandy Diaz popped out, but Arozarena picked up his teammates with blast into the seats in left-center for his 15th home run of the year.

O will they ever learn? pic.twitter.com/5R3kB78fzc

But the story of the game was clearly Rasmussen, who had two different innings where he needed just six pitches to complete the frame, and became the first Rays starter to take a perfect game into the ninth, as Ryne Stanek and Ryan Yarbrough combined to get the first 24 outs in a 2019 game at Camden Yards, also a 4-1 victory.

Matt Garza remains the only Rays pitcher ever to throw a no-hitter, tossing his gem in St. Petersburg against the Detroit Tigers on July 26, 2010.

The win increases the Rays’ lead in front of the Orioles and Minnesota Twins for the third and final Wild Card spot to a game and a half, while they trail Seattle for the second Wild Card position by just one half-game, and are just a game behind Toronto for the top Wild Card position.

Tampa Bay heads back out on the road for a three-game series against the division-leading New York Yankees beginning Monday.