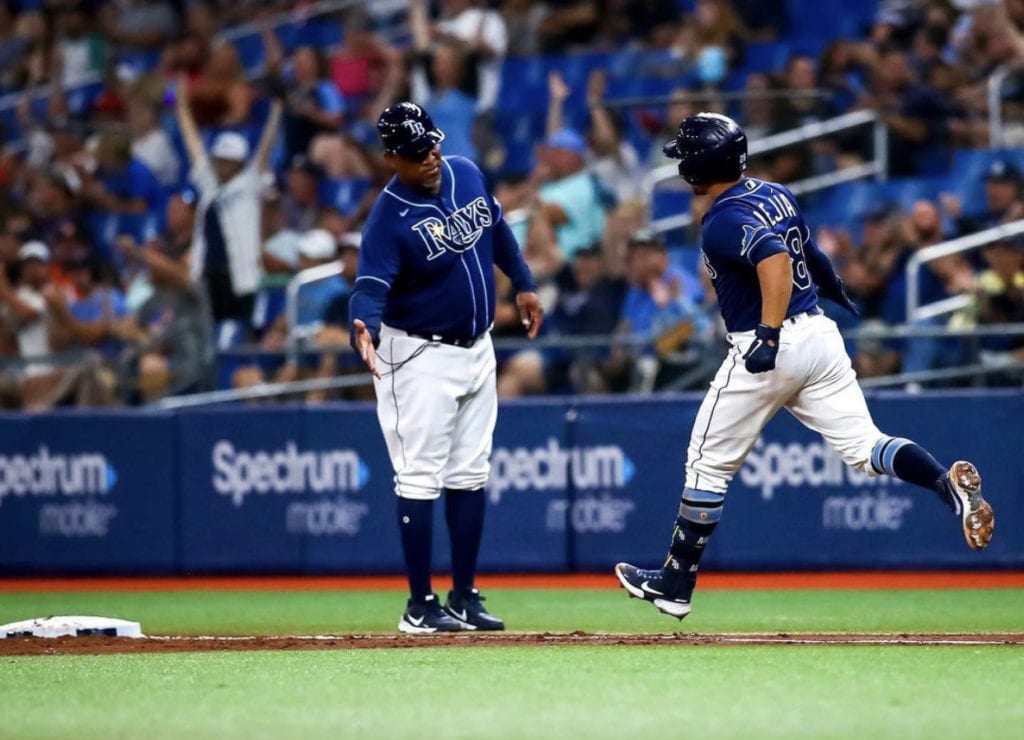 Mike Zunino may have gone to Denver for the All-Star Game, but it was Francisco Mejia who had the superstar performance Tuesday night, as the catcher homered, tripled, and drove in five to help the Tampa Bay Rays even up their three-game series with the Baltimore Orioles with a 9-3 victory in the middle game of the set.

The Rays jumped on Orioles starter John Means from the onset, as Randy Arozarena led off the bottom of the first with a double and scored on a bloop single by Vidal Brujan.  Brujan took third on a throwing error by Cedric Mullins, and scored on a Wander Franco sacrifice fly.

Baltimore got back to within a run in the top of the second, as Anthony Santander doubled off Rays starter Shane McClanahan, moved to third on a wild pitch, and scored on a base hit by Pedro Severino.

Arozarena got that insurance run back in the third, leading off the inning by crushing a Means pitch off the batters eye in center for his 11th home run of the season.

Tampa Bay added two more runs in the fourth, with Lowe leading off with a base hit against Means and Mejia following with a blast to left, his fourth homer of the season, and a 5-1 lead.

Baltimore climbed back into the game in the eighth against J.P. Feyereisen, as Austin Hays reached on a two-base throwing error by Wander Franco, moved to third on flyout by Trey mancini, and scored when Brandon Lowe dropped Ryan Mountcastle‘s sacrifice fly for the fourth error of the night for Tampa Bay.  Santander then doubled in Mountcastle to cut the lead back to 5-3.  Feyereisen walked Ramon Uriasm and Pete Fairbanks was then brought in to put out the fire.  He struck out both Severino and pinch-hitter DJ Stewart to strand the tying runs aboard.

The Rays would extend things back out in the bottom of the inning, loading the bases off reliever Shaun Anderson on a fielding error by Domingo Leyba on a Brujan ground ball, a base hit by Meadows and a walk to Lowe.  Mejia promptly unloaded the bases with a triple to right-center, and Ji-Man Choi set the scoring with a single to right to bring in the Rays catcher.

With Boston rained out, the Rays moved to one game behind the Red Sox with the victory.