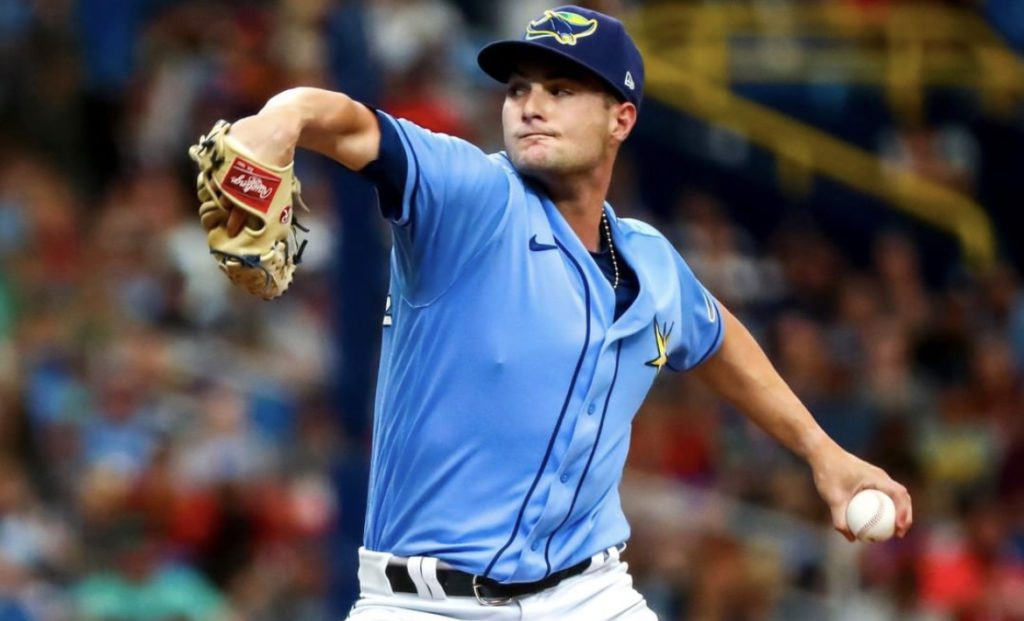 McClanahan’s start didn’t begin as expected, as Boston jumped on the left-hander for four hits in the first five batters, with trevor Story leading off with a double and scoring on a base hit by Kike Hernandez.  Hernandez would move into scoring position two batters later on a single by Xander Bogaerts and scored on a single from Alex Verdugo.

But McClanahan (1-1) would settle down after that, and allowed just two more hits in the last six innings of work.

Rays bats were able to tally four hits and a trio of walks off Rich Hill, but the former Rays starter was able to keep Tampa Bay off the board in his four innings of work.  That changed in the fifth when Boston went to the bullpen.  Phillips Valdez hit Randy Arozarena with a pitch to start the inning, then walked Wander Franco.  After pinch-hitter Brandon Lowe flew out, Valdez then hit Diaz to load the bases and forced the Red Sox to bring in Ryan Brasier.  Kevin Cash countered by pinch-hitting Ji-Man Choi for Taylor Walls, and the move would pay off, as Choi doubled in Arozarena and Franco to tie the game, and Manuel Margot‘s groundout plated Diaz to break the tie.

Tampa Bay got some breathing room in the sixth, with one out singles by Kevin Kiermaier and Arozarena against Matt Barnes.  Franco’s groundout moved both runners up a base, and Jake Diekman was brought in to face Lowe.  A wild pitch scored Kiermaier, but Arozarena was tagged out at the plate when he tried to catch the Red Sox napping.

Diaz capped the scoring in the seventh with a solo blast to right, his first of 2022.

The Rays have now won four of its last five games, and are now two games above .500.

Tampa Bay will have Monday off before starting a three-game set with the Seattle Mariners on Tuesday.