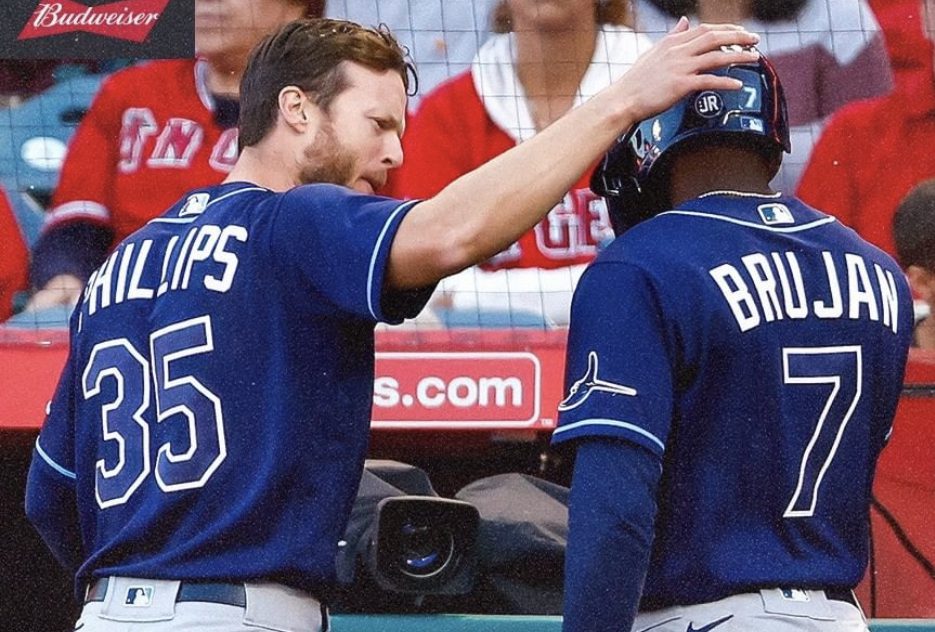 Vidal Brujan’s RBI double in the top of the tenth inning broke a 2-2 tie and allowed the Tampa Bay Rays to end their three-game losing streak by defeating the Los Angeles Angels 4-2 Wednesday at Angel Stadium.

Both teams knew Wednesday would be a pitching duel, with Shane McClanahan taking on Shoheo Ohtani.  For the Tampa Bay left-hander, he would allow just three hits in seven innings of work, striking out eleven and walking one.

Ohtani worked a scoreless first, but fell behind 1-0 in the second when Kevin Kiermaier connected and sent one of his pitches into the seats in right-center for his third home run of the year.

KK goes yard off Ohtani in the first!

Tampa Bay manufactured a second run in the top of the eighth off reliever Ryan Tepera, as Taylor Walls singled, stole second, moved to third on a sacrifice bunt by Brett Phillips, and scored on a groundout by Yandy Diaz.

But the Angels were able to tie the game in the bottom of the eighth off Andrew Kittredge, as Jack Mayfield led off with a base hit, and after Tyler Wade hit into a fielder’s choice, Taylor Ward pinch-hit for Andrew Velazquez and crushed a two-run homer to even things at 2-2.

After a scoreless ninth, Brujan led off the top of the tenth with a double to left that brought in Kevin kiermaier, who started the frame at second base.  Taylor Walls grounded out, but with Harold Ramirez pinch-hitting for Phillips, Brujan stole third base and scored on Ramirez’s single to left-center.

Brooks Raley gave up a walk to Mike Trout, who pinch-hit in the bottom of the tenth, but got Ward to ground into a fielder’s choice and struck out Brandon Marsh to end the game and earn the save.

The Rays have Thursday off before starting the next homestand Friday with a three-game series with the Toronto Blue Jays.  Drew Rasmussen (3-1, 2.89 ERA) will start Friday’s opener, taking on Kevin Gausman (3-1, 2.13 ERA), with first pitch is scheduled for 7:10.