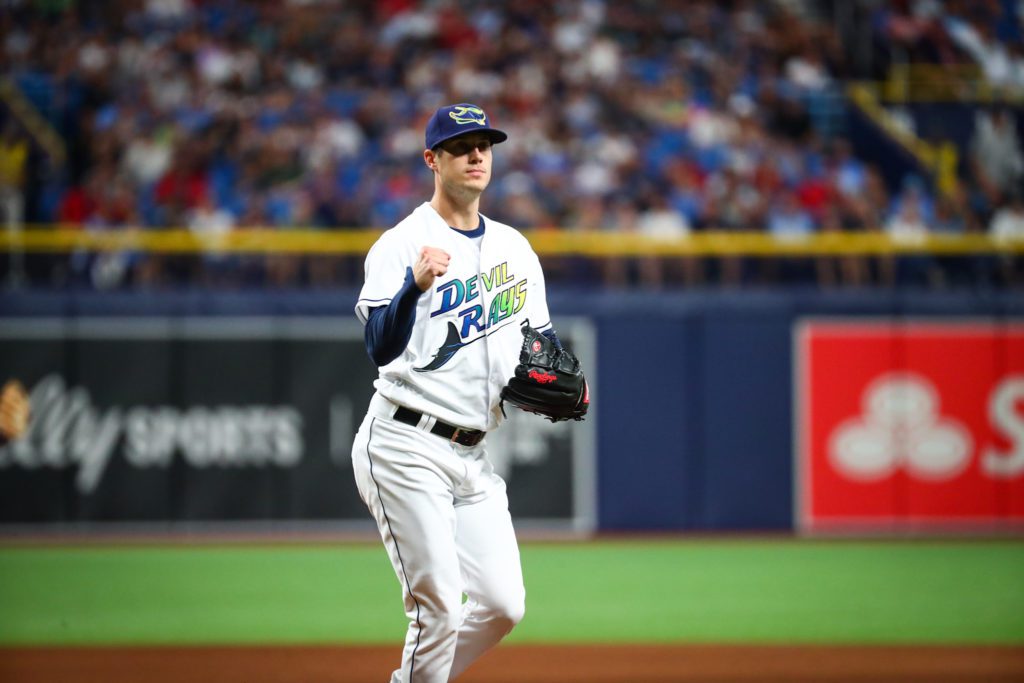 Matt Wisler walks off the mound after striking out Boston's Hunter Renfroe to leave the bases loaded in the sixth inning Saturday (photo: Will Vragovic/Tampa Bay Rays)

The Tampa Bay Rays have once again hit their high-water mark when it comes to injuries, as reliever Matt Wisler has been placed on the 15-day injured list with a neck strain.

The 29-year-old right-hander has not pitched since before the All-Star break, with his last outing being a scoreless stint of five outs in relief on July 16 in a loss at Tropicana Field to the Baltimore Orioles.

Wisler has appeared in 38 games this year, including five as an opener, amassing a 3-3 record, a 2.36 earned run average and one save.

The reliever is the 17th player to be currently on the injured list, tying the franchise record set earlier this season, and is the 66th transaction made in the month of July and the 160th move made by the team in 2022.

To take Wisler’s place on the roster, reliever Ralph Garza Jr. has been recalled from Triple-A Durham.  He had been placed on the taxi squad earlier in the day.

On a positive note, the Rays appear to be close to getting two of their better bullpen arms back from injury, as relievers Nick Anderson and JT Chargois have been assigned to continue their rehab assignments in Durham.

Both pitchers made a pair of appearances for the organization’s Florida Complex League team in Port Charlotte.  Anderson is returning from elbow issues that have plagued him since spring of 2021, limiting his to just six appearances last season, while Chargois suffered a significant oblique strain early this season.