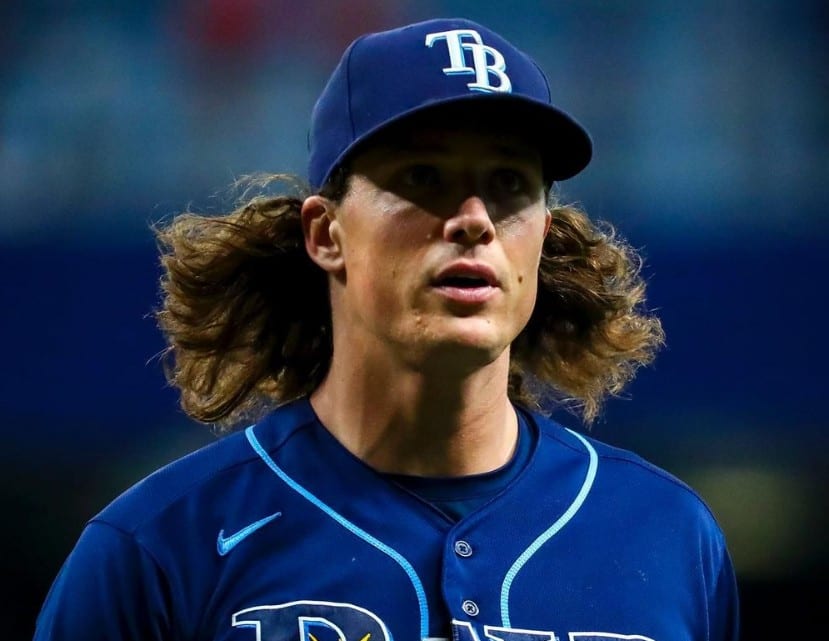 Tyler Glasnow struck out eleven in seven innings of work, and Mike Brosseau‘s RBI double in the fifth broke a 1-1 tie as the Tampa Bay Rays defeated the Washington Nationals 3-1 Tuesday at Tropcana Field.

Glasnow struck out ten through the first five innings, and the only run he allowed came in the third as he gave up a leadoff single to Starlin Castro, who advanced to second on a wild pitch, then walked Kyle Schwarber in front of Trea Turner, whose RBI single tied the game.

Manuel Margot started the first inning by taking a 3-1 pitch from Nats starter Jon lester and depositing it in the seats in left for his sixth homer of the season and the seventh loadoff home run of his career.

Tampa Bay chased Lester in the fourth, but could not break the tie as Wander Suero stranded the bases loaded.  But the Rays would get to Suero in the fifth, as the reliever walked Austin Meadows and Randy Arozarena to start the inning.  Brosseau then flared a pitch to the opposite field that landed in front of right fielder Juan Soto and bounced over his head for a double, allowing Meadows to score and break the tie.

Mike Zunino added an insurance run two batters later with a base hit off Sam Clay that plated Arozarena.

Washington tried to close the gap in the seventh after Josh Bell started with a double to right, but Arozarena threw the Nats designated hitter out at the plate on Josh Harrison‘s single to left.

The Nationals also loaded the bases in the eighth against J.P. Feyereisen, but Ryan Thompson struck out Ryan Zimmerman and Bell to get out of the jam, and Diego Castillo worked a perfect ninth to nail down his tenth save of the year.

The win, coupled with Boston’s loss at home to the Houston Astros, extends Tampa Bay’s lead in the American League East to a game and a half.