Franco Provides Big Blast To Even Series With Cubs 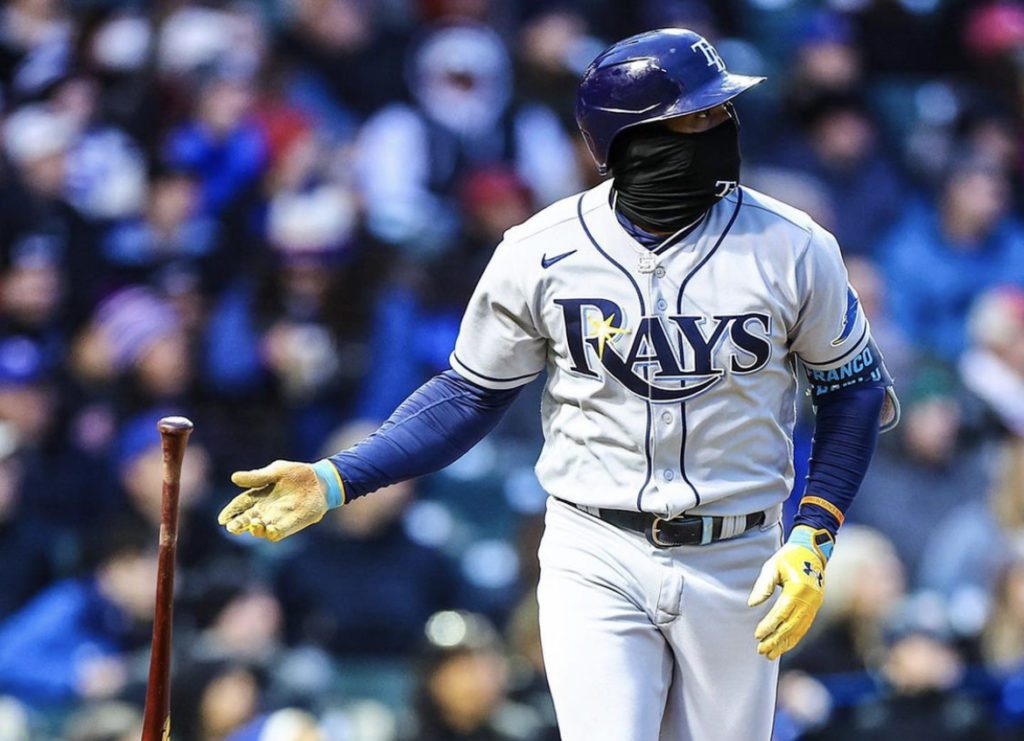 After being scratched Monday with quad tightness, Wander Franco came back with a vengeance Tuesday, collecting three hits, including his first home run of 2022, helping the Tampa Bay Rays even up their three-game series with the Chicago Cubs with a 6-5 win at Wrigley Field.

Tampa Bay was able to get out to an early 1-0 lead in the second, as Yandy Diaz doubled off Cubs starter Justin Steele to start the inning, moving to third on a flyout by Brandon Lowe and scoring on a groundout by Manuel Margot.

Franco extended the Rays’ lead an inning later after Taylor Walls‘ one-out walk from Steele and a fielder’s choice by Randy Arozarena, as he unloaded on a fastball and sent it into the bleachers in left-center to push to advantage to 3-0.

Walks to Harold Ramirez and Diaz would lead to a fourth run, with Lowe’s RBI single.

Chicago clawed back into the game in the fourth against Josh Fleming, with Ian Happ singling in front of Frank Schwindel, who doubled him in to get the Cubs on the board.  Nick Madrigal then grounded out, and Patrick Wisdom, pinch-hitting for Jason Heyward, blasted a two-run homer to bring the lead back to a single run.

The Rays got some more breathing room in the seventh, starting with a Walls triple off Chris Martin and a double by Arozarena.  Franco grounded out, moving Arozarena to third, and Ramorez drove him in with a base hit to make it 6-3.

Nico Hoerner‘s RBI triple in the bottom of the seventh cut the lead back to 6-4, and a wild pitch by Ryan Thompson allowed the shortstop to score and make the game a one-run affair again.

But Thompson struck out Jonathan Villar to end the inning, and Andrew Kittredge worked two perfect innings to finish out the game and earn his second save.