Dan Johnson At The Trop For Opening Day... Sort Of 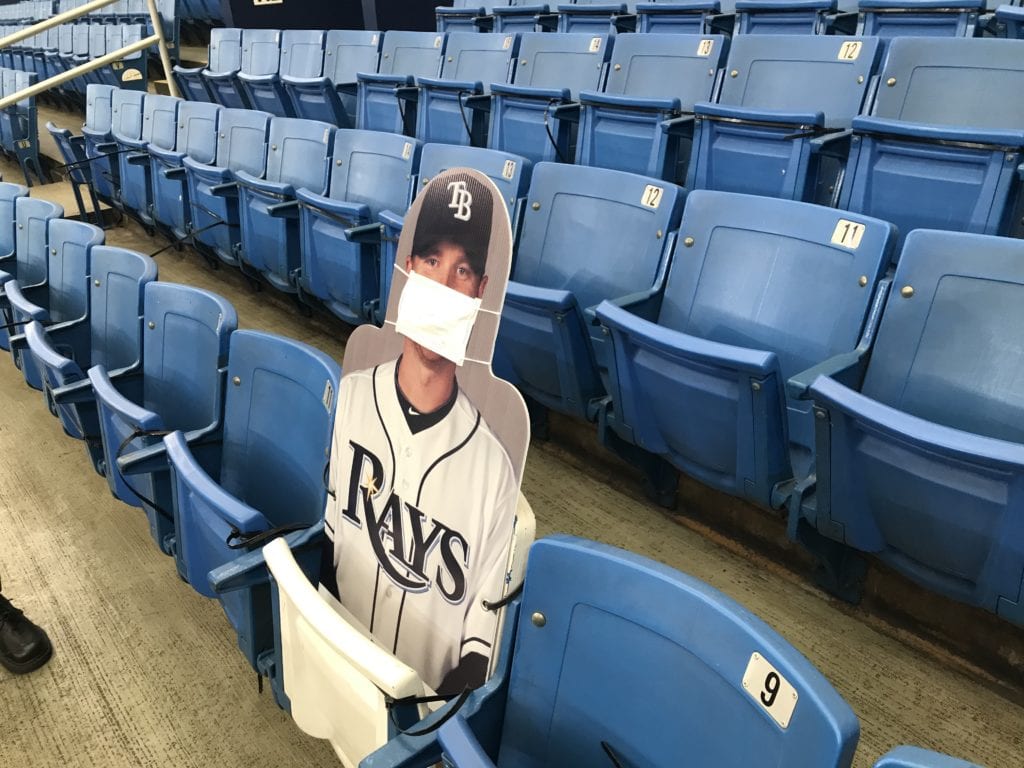 The seat that Dan Johnson's home run landed in during Game 162 is now occupied by a cardboard cutout of the former Rays first baseman (photo: Steve Carney/St. Pete Nine)

His home run in the bottom of the ninth in Game 162 in 2011 helped propel the Tampa Bay Rays landed in seat 10 of Row T in section 140 at Tropicana Field, and for the start of the 2021 regular season, Dan Johnson is in the ballpark, in a different sort of way.

Even though around 9,000 fans will be in attendance for Friday’s game against the New York Yankees, the seat Johnson’s home run landed in is closed off as part of the social distancing protocols.  That gave the team an idea: have Johnson’s cardboard cutout continue to occupy the seat.

“That was from last year,” Rays vice present of marketing and creative services Eric Weisberg said.  “But since that seat is zip tied, we kept it on place.”

Johnson’s cutout was part of thousands that took the place of fans at the Trop for the 2020 season, but with people being allowed back inside the stadium, all the cutouts were removed from the seats.

All except that one.