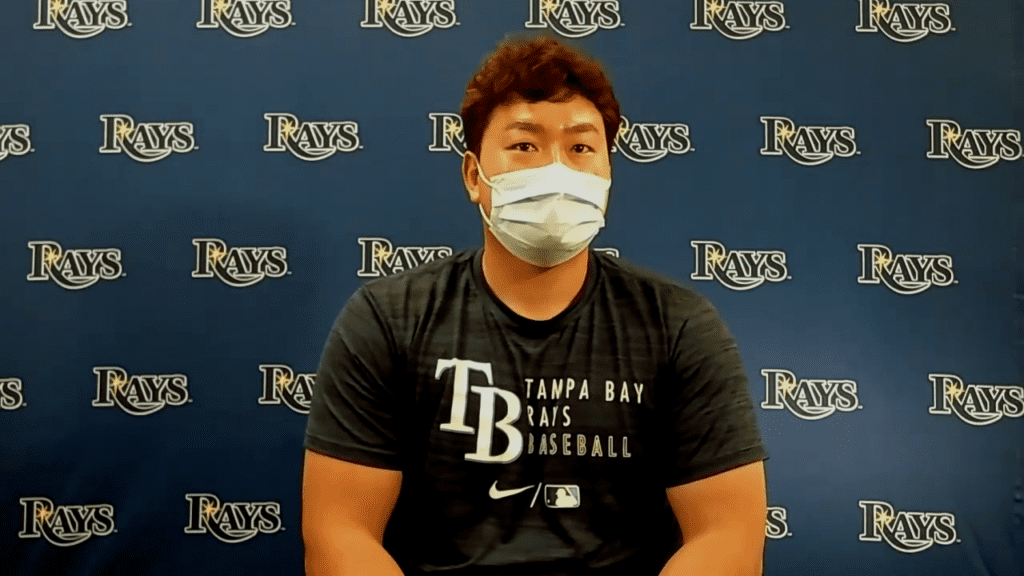 Tampa Bay Rays first baseman Ji-Man Choi‘s timetable to return from his knee injury has increased after the first baseman suffered a setback in his rehab.

Manager Kevin Cash said Tuesday that Choi would undergo surgery on Wednesday, and could miss three to five weeks.

“He’s going to go in and get a scope tomorrow,” Cash said. “We’re going to really need Ji-Man to work hard throughout the rehab process while he’s rehabbing his knee to get the rest of his body in as good a shape as possible to speed that up so we can see him back on the field and in the lineup for us quickly.”

Choi has been shelved since undergoing an MRI on March 13 which diagnosed him with inflammation on his right knee, but his condition has obviously not improved with rest and treatment.

“I don’t think anything has been totally defined as the issue,” Cash explained.  “We know there is an issue, so until they go in and check it out, we’ll have the best sense as being three to five weeks.”

While Choi is out, expect Yoshi Tsutsugo to get the bulk of the work in his place at first base, with Yandy Diaz and Mike Brosseau also expected to shoulder some of the lead.