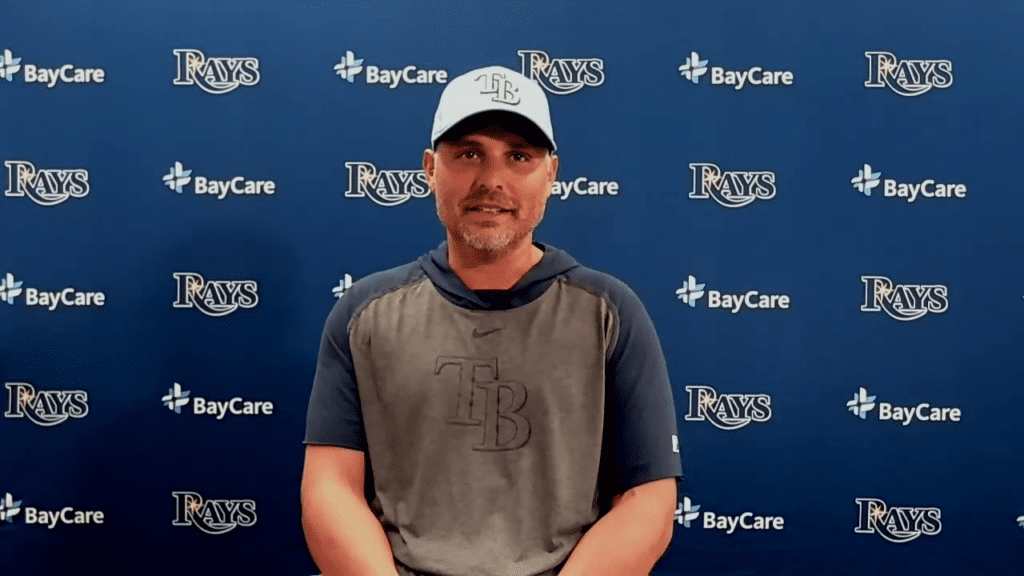 Tampa Bay Rays pitchers and catchers held their first workout of 2021 Spring Training Thursday in Port Charlotte, and for the coaching staff it’s great to have the players in camp, for pitchers, it’s still a bit of a guessing game as to how covering innings will work.

“We’re going to be really open-minded,” manager Kevin Cash said after Thursday’s session.  “First and foremost, we’ve got to get a pretty good sense of where these guys are coming in their build-up, how their off-seasons went.  Obviously, be very aware of their what their workload was the previous multiple seasons, find out how they bounce back.  We’ll find ways to be creative, but to say on [February] 18th that we know exactly how it’s going to unfold would be wrong of us.”

Cash said the coaching staff hasn’t discussed using a possible six-man rotation or “tag team” starters yet as they want to see how everyone looks in bullpen settings and determining what pitchers can handle as the team goes from a 60-game season in 2020 to a 162-game campaign this season.

“Every pitcher is  individual, and knows their body well,” Cash said.  “And we’re going to have to do a good job of listening to what they’re telling us.”

While there are no unexcused absences from camp, and no visa issues regarding the international players that are supposed to be in Port Charlotte, two players will be late in starting their training for 2021.

Cash said Thursday that reliever Diego Castillo and catcher Francisco Mejia were delayed getting into the United States, and because of that delay, are still in their quarantine stage.  Cash says they should be in camp when the position players are due to report Monday.