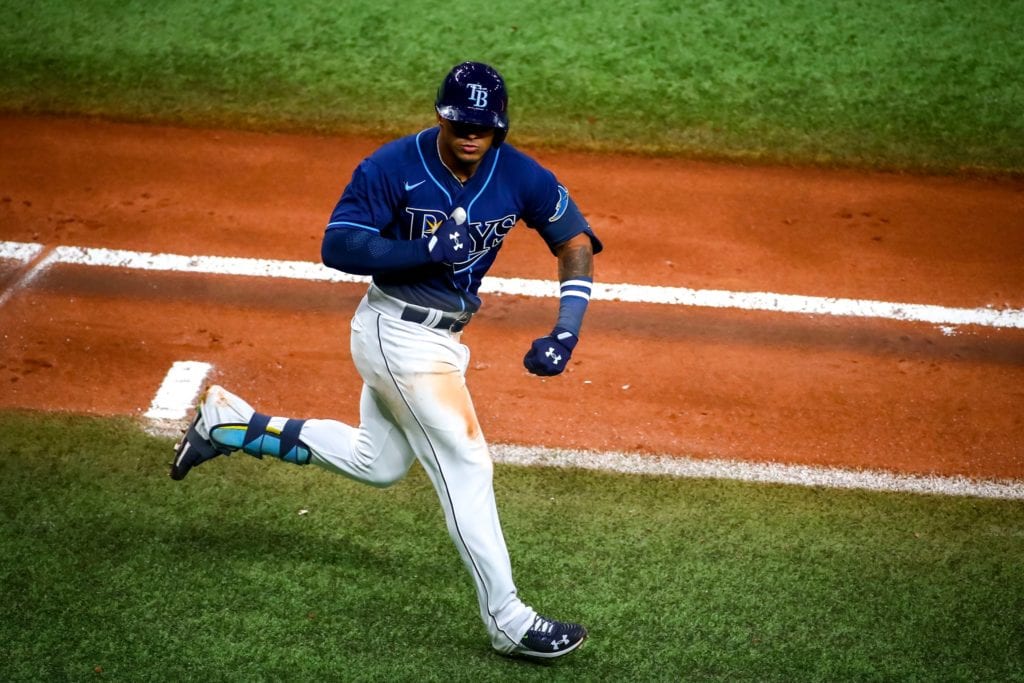 The Tampa Bay Rays saw their nine-game winning streak come to an end Wednesday night, as Jarren Duran‘s RBI single off Pete Fairbanks in the top of the ninth inning broke a 2-2 tie to give the Boston Red Sox a 3-2 win at Tropicana Field.

Boston jumped out to an early lead thanks to a pair of fly balls in the top of the second that got misplayed by Manuel Margot in center field.  The first, by Alex Verdugo, was ruled a triple, and the second by Christian Vazquez was ruled a single, ith Vazquez taking second on an error.

Red Sox starter Chris Sale got the Rays to ground into double plays to end the first two innings, but saw his lead disappear with two out in the third, as Nelson Cruz singled and Wander Franco hit a two-run homer to right, his seventh home run of the year which extends his on-base streak to 32 games.

Rays starter Drew Rasmussen would leave one batter into the fifth after another Vazquez single, with JT Chargois and Adam Conley getting out of the inning with the lead when Randy Arozarena threw out the catcher at the plate.  Collin McHugh put up zeroes in the sixth and seventh, and David Robertson, who was called up before the game, worked a 1-2-3 eighth inning with a pair of strikeouts in his first big-league appearance since April 14, 2019.

But the Rays could not get the go-ahead run across late, despite getting leadoff doubles from both Joey Wendle and Franco in the seventh and eighth innings respectively, as both were thrown out at the plate on the contact play.  In the top of the ninth, Rafael Devers led off the inning against Pete Fairbanks with a base hit, and after J.D. Martinez struck out, Verdugo’s infield single put the third baseman in scoring position.  Vazquez struck out looking — the only time Wednesday night he would be retired — but Duran, who had struck out twice on the night, had a ground ball get past Taylor Walls and into right, bringing in Devers to break the tie.

Adam Ottavino worked a 1-2-3 bottom of the ninth to earn the save, his 11th of the year.

The loss allows both the Red Sox and the Yankees, who won in Anaheim, to gain a game on the Rays in the standings.  New York is now seven games out, with Boston nine back.