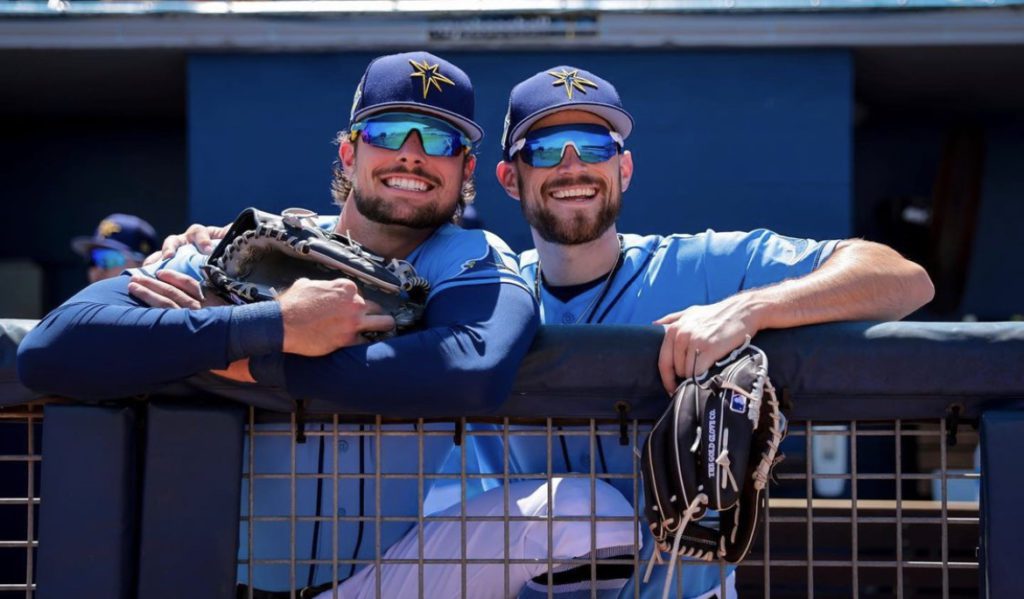 If one player named Lowe on the Rays is good, then two must be better, right?

“We think really highly of him and felt he was ready for the next opportunity,” Rays president of baseball operations Erik Neander said.  “And now he’s going to be on the opening day roster. Great for him and [while he’s] not proven, couldn’t be more excited about his potential moving forward.”

The final spots in the bullpen also appear to have been hashed out as well, as right-hander Ryan Thompson and lefty Colin Poche were optioned to Triple-A Durham Tuesday.  That means that left-hander Josh Fleming and right-hander Jason Adam will be on the Opening Day roster, and as things stand, Tampa Bay will go into the regular season with 14 pitchers.

Right-hander Chris Mazza, who was reassigned to minor-league camp last week, could still make the team as a non-roster invite.  He was not listed on Triple-A Durham’s Opening Day roster, but the Rays would need to make both an active and 40-man roster move in order to add him. 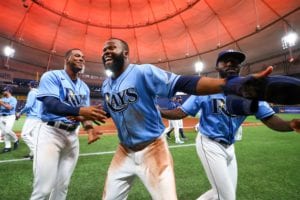 Manuel Margot looks like he’ll be staying in a Rays uniform to the near future after reportedly agreeing to a two-year extension that would kick in starting in 2023. (photo: Will Vragovic/Tampa Bay Rays)

Margot Gets Extension with Rays

If there were thoughts of possibly trading outfielder Manuel Margot prior to him reaching free agency at the end of the year, they have now been squashed.

La Sala Deportiva broke the news Tuesday that the Rays and Margot are in agreement on a two-year extension worth a reported $19 million.

#MLBenSala ⚾ The Dominican player Manuel Margot and the #Rays agree to a 2-year extension for US$19 million. pic.twitter.com/3fxLKlhzSh

Marc Topkin of the Tampa Bay Times says the deal has been finalized, but the extension would be in addition to the $5.6 million the 27-year-old is scheduled to make in 2022.

#Rays extension with Margot is completed and official https://t.co/3tTwOWhBwC

“Manny helps us in many ways and we’re thrilled to reach an agreement with him on a multi-year extension,” Rays General Manager Peter Bendix said. “The quality of his at-bats, his outfield defense, and aggression and instincts on the bases make him a well-rounded player. In addition to how he helps us on the field, he’s a great teammate and clubhouse presence, and has grown into a leadership role on our club.”