Wendle Powers Rays To Even Series In Detroit Saturday 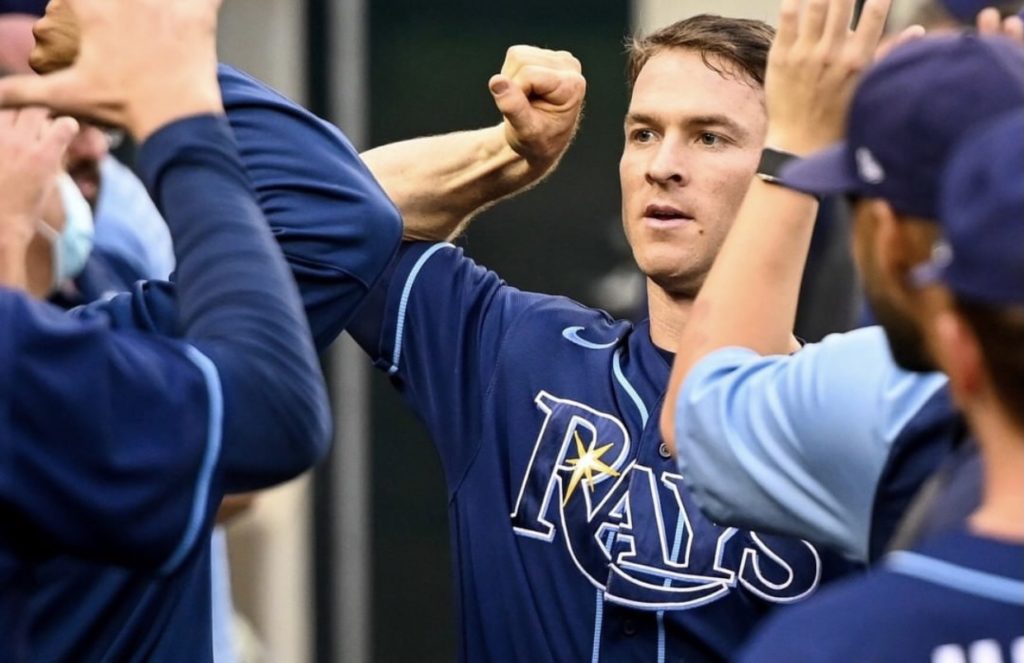 Joey Wendle tripled and homered, and Dietrich Enns earned his first major league win with four no-hit innings of relief, as the Tampa Bay Rays evened their weekend series in Detroit at one game apiece with a 7-2 win over the Tigers at Comerica Park.

Tampa Bay struck for three runs in the top of the second inning against Tigers starter Casey Mize.  Wendle got things started with a one-out triple, and beat Jeimer Candelario’s throw to the plate on a Mike Zunino fielder’s choice grounder.

Kevin Kiermaier then drove in Zunino with a triple of his own to make it 2-0, and after Taylor Walls drew a walk, Brandon Lowe’a sacrifice fly brought in Kiermaier to make it 3-0.

Wendle extended the lead to 4-0 in the fourth with a solo shot off reliever Bryan Garcia, his tenth of the season.  Kiermaier followed with a one-out double, movong to third on a groundout by Walls, and scored on a base hit by Lowe off Ian Krol.

Detroit would get on the board in the bottom of the fourth, with Jonathan Schoop doubling off Chris Archer and scoring on a base hit by Miguel Cabrera.

Archer would leave after the fourth inning with a recurrence of discomfort in his left hip.

The Rays added a sixth run in the fifth against Drew Hitchinson, with Nelson Cruz leading off withbase hit, moving to second on a groundout by Ji-Man Choi, moving to third on a wild pitch, and scoring on a sacrifice fly by Randy Arozarena.

Enns took over for Archer to begin the fifth, and did not allow a hit while working through the eighth, striking out six in the process.

The Rays added one more run in the top of the ninth, with Walls singling, movimg to third on a ground-rule double by Lowe and scoring on a sacrifice fly by Austin Meadows.

Robbie Grossman’s solo homer in the bottom of the ninth against Shawn Armstrong set the score at 7-2.

The win allows the Rays to maintain a nine game lead over Boston, and a ten-game lead over both the New York Yankees and Toronto Blue Jays, as all three teams also won Saturday.