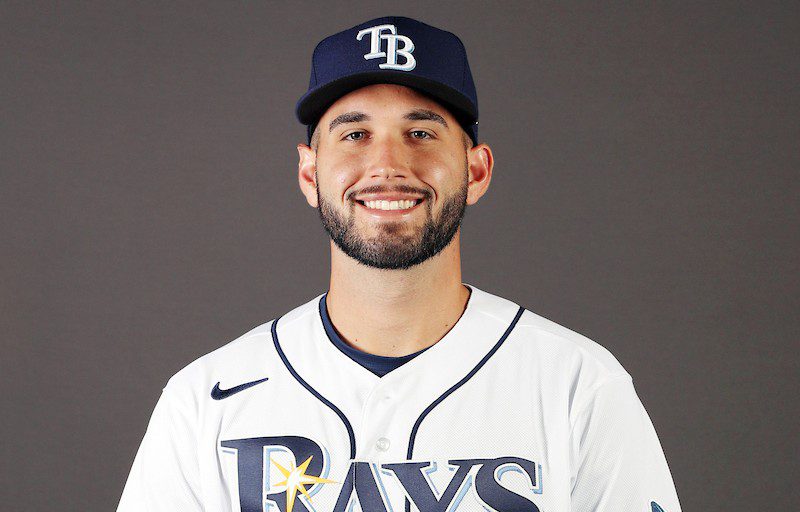 It appears that the first call-up from the minors will be right-hander Tommy Romero, as ESPN’s Jeff Passan is reporting that the Rays will be recalling the 24-year-old right-hander from Triple-A Durham on Monday.

Right-hander Tommy Romero is being called up to join the Tampa Bay Rays, sources tell ESPN. Stay may not be long-term, but Romero is part of a cadre of young Rays pitchers — Shane McClanahan, Shane Baz, Luis Patiño, Drew Rasmussen — expected to play a big role in the years ahead.

Romero was added to the 40-man roster after the 2021 season following an 8-2 record and a 2.61 ERA in 23 appearances, including 21 starts, between Double-A Montgomery and Triple-A Durham.

The right-hander was acquired by the Rays from Seattle on May 25, 2018 in the trade that sent outfielder Denard Span and reliever Alex Colome to the Mariners.

The team has not announced the corresponding move to make room on the active roster for Romero, but John Romano of the Tampa Bay Times reports that left-hander Ryan Yarbrough will go on the injured list with a minor groin injury.

Ryan Yarbrough has a minor groin injury and will go on the IL as a precautionary move. As Jeff Passan reported, Tommy Romero will be called up for #Rays