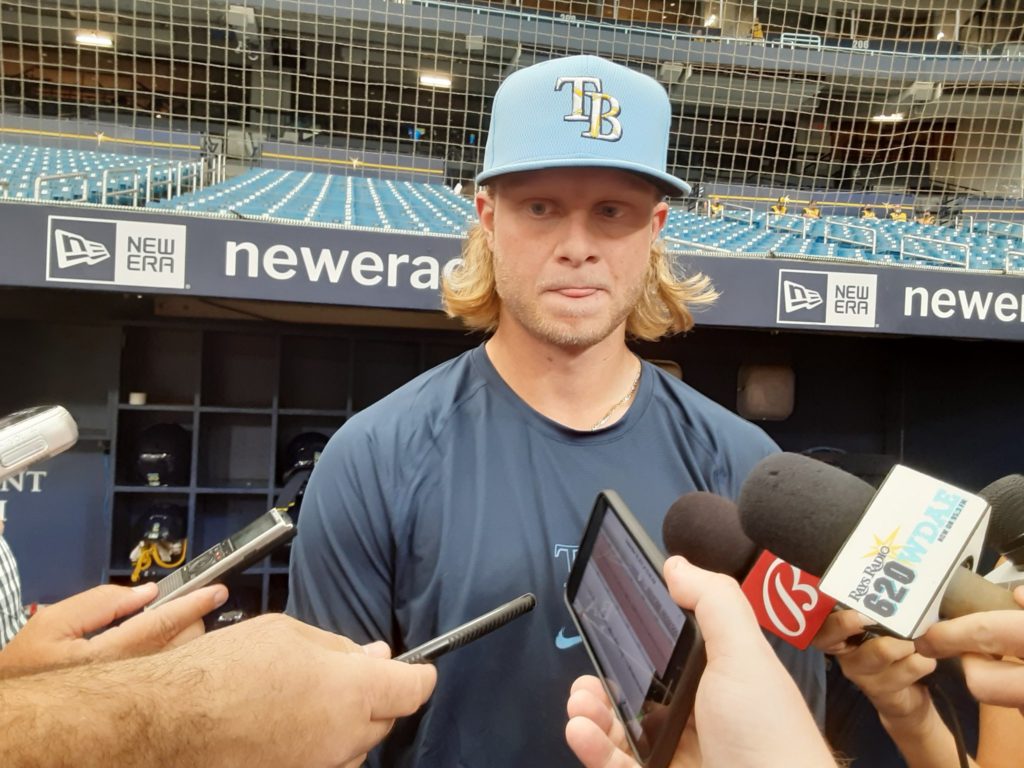 The Tampa Bay Rays and Toronto Blue Jays will begin their final head-to-head series tonight at Tropicana Field.  Shane Baz, making his Major League debut, will get the start against left-hander Robbie Ray (12-5, 2.64 ERA).  First pitch is scheduled for 7:10. 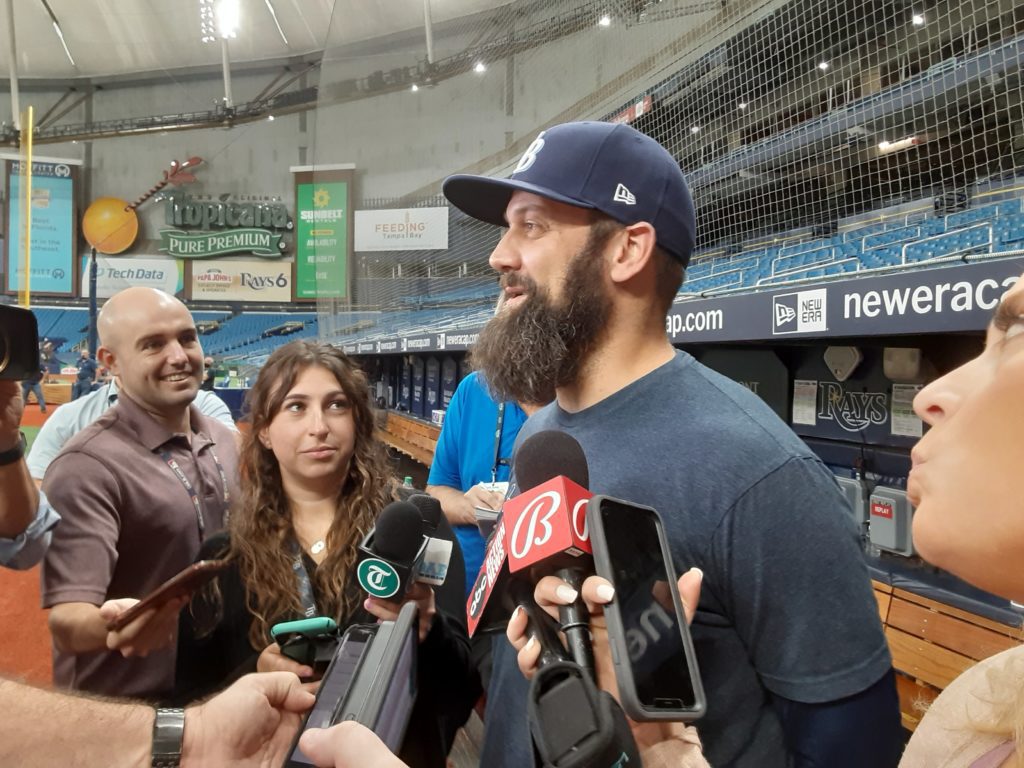 Andrew Kittredge talks about the neck tightness that has landed him on the injured list (photo: Steve Carney/St. Pete Nine)

Kittredge said the neck issue has been bothering him for a while, but he had been working through the issue.  Manager Kevin Cash says it’s also the reason why you dodn’t see the right-hander in either of the two losses to Detroit.

For Archer, the transfer back to the 60-day injured list will effectively end his season.  The 32-year-old will finish 2021 with a record of 1-1 with a 4.66 ERA in six appearances, including five starts.  He will be a free agent after the season after signing a one-year $6.5 million deal last offseason.

The Rays have an official timeline for the return of shortstop Wander Franco from is hamstring strain.  Cash said after working out at the Trop today, Franco will head to Triple-A Durham Tuesday to begin a rehab assignment.  He is scheduled to play both Wednesday and Thursday for the Bulls, with the expectation that he would then be activated from the injured list Friday for the start of the final home series against Miami.