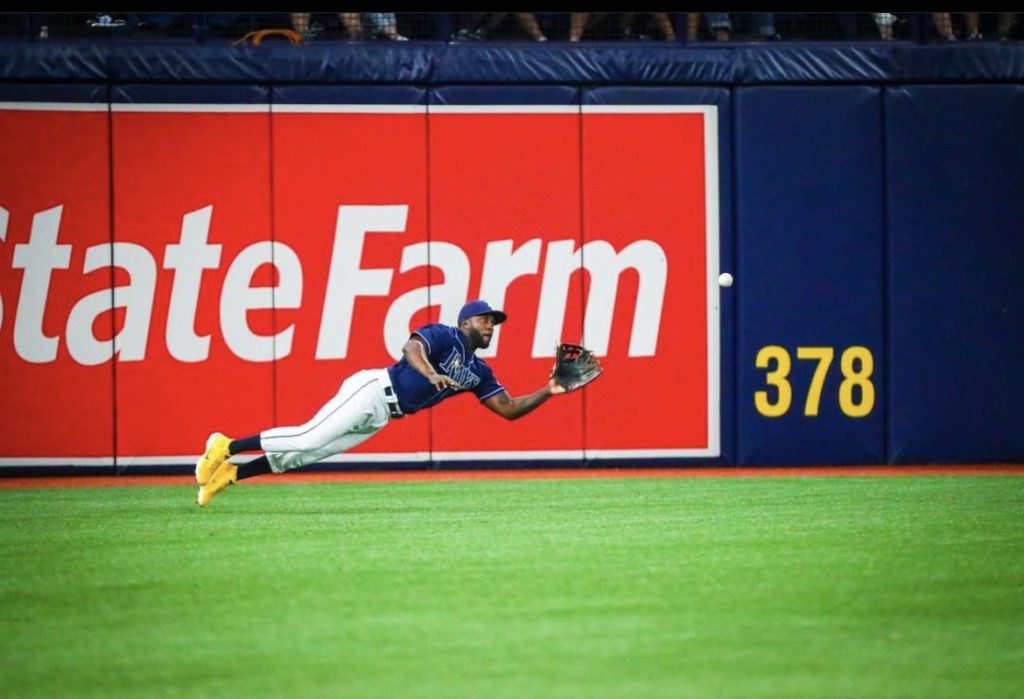 When they needed a run late, the Tampa Bay Rays turned to a tried and true method, as Manuel Margot’s RBI single in the bottom of the eighth inning broke a 2-2 tie and helped propel the Rays to a 5-2 win over the Toronto Blue Jays Friday night at Tropicana Field.

Toronto hoped to give starter Kevin Gausman an opportunity to earn the win by coming out for the eighth, but he allowed a leadoff double to Mike Zunino followed by an infield single from Taylor Walls, allowing Margot to come up and single through a drawn-in infield in order to break the tie.

Gausman would be replaced by left-hander Tim Mayza, who got Wander Franco to ground into a double play, but Kevin Cash went to the bench and brought in Francisco Mejia to pinch-hit for Brett Phillips, and the catcher responded with a RBI single to bring in Walls to make it 4-2, and Brandon Lowe’s second triple of the night made it a three-run lead.

The Rays initially took the lead over Toronto in the second inning, as Lowe tripled to lead off the inning, scoring two batters later on a fielder’s choice by Ji-Man Choi, with Lowe avoiding the tag at the plate.

B. Lowe crosses home! @RaysBaseball get on the board when Ji-Man Choi singles to drive in Brandon Lowe. #RaysUp
Watch ➡️ https://t.co/yQMWmIe7LS pic.twitter.com/km2J0C7kEn

Tampa Bay added a second run off Gausman in the fifth, as he threw a chopper by Kevin Kiermaier past Vladimir Guerrero Jr. up the first base line for a three-base error, and Zunino drove him in with a wall-ball single to left.

Drew Rasmussen kept the Blue Jays off the scoreboard until the sixth inning, when Raimel Tapia singled with two out in the inning, moved into scoring position after Bo Bichette drew a walk, and Guerrero drove in Tapia with a base hit.

The Jays tied the game in the top of the eighth off Brooks Raley on consecutive singles by Vinny Capra, his first career hit, Santiago Espinal, and Tapia.  Andrew Kittredge was brought in and struck out Bichette and got Guerrero to ground into a double play to get out of the inning with the game tied.