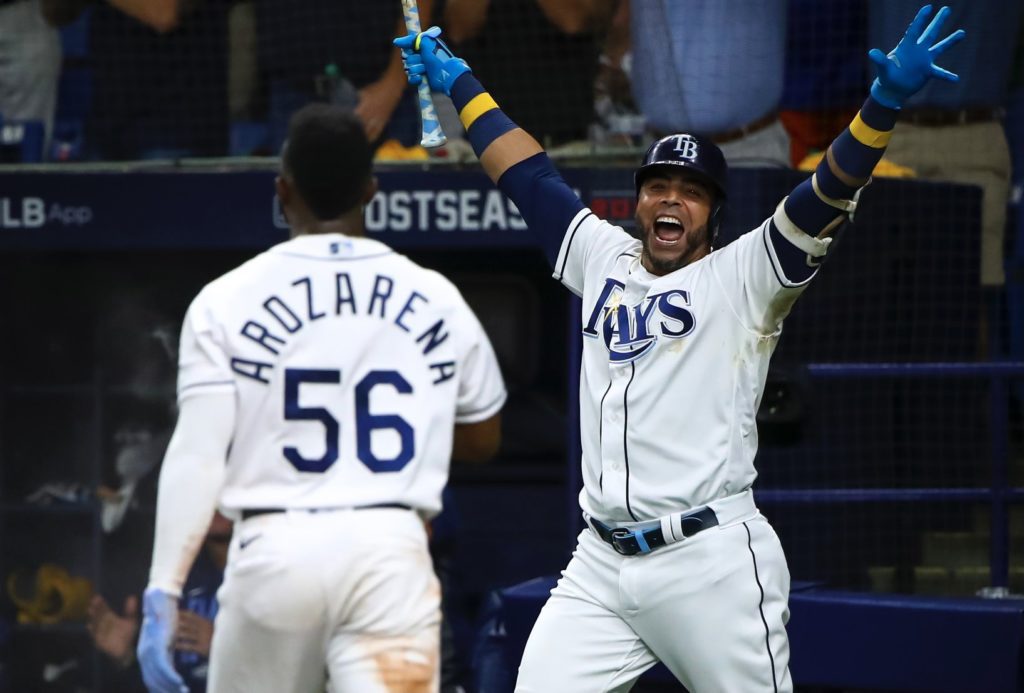 Shane McClanahan and four relievers combined to throw a six-hit shutout, and Nelson Cruz and Randy Arozarena each homered as the Tampa Bay Rays took the first game of the best-of-five American League Division Series from the Boston Red Sox with a 5-0 victory Thursday night at Tropicana Field.

Tampa Bay wasted no time in going after Red Sox starter Eduardo Rodriguez, as Arozarena drew a leadoff walk, then scored from first on the first of Wander Franco‘s two doubles on the night.  Franco moved to third on a flyout by Cruz and made it 2-0 by scoring on an infield hit by Yandy Diaz.

Cruz extended the lead to 3-0 in the third with a solo shot off Nick Pivetta, who took over to start the inning, that hit the C ring catwalk in left for his first home run of the postseason.

McClanahan allowed five hits but no runs in his five innings of work, striking out three and not walking a batter in his 82-pitch performance.

Arozarena extended the advantage to 4-0 with his first homer of the playoffs in the fifth, also off Pivetta.

Tampa Bay added their final run in the seventh in what looked like a rehash of the first inning as Arozarena walked again, this time with two out, and Franco followed with a double moving him to third base.  Alex Cora then brought in Josh Taylor to face Brandon Lowe left-on-left, which allowed Arozarena to pull off a straight steal of the plate, the first in a postseason game since 2016.

The Rays got scoreless innings of relief from both JT Chargois and David Robertson.  J.P. Feyereisen worked out of a bases loaded jam in the eighth by striking out Rafael Devers and getting Hunter Renfroe to pop out, then finished things off with a scoreless ninth.