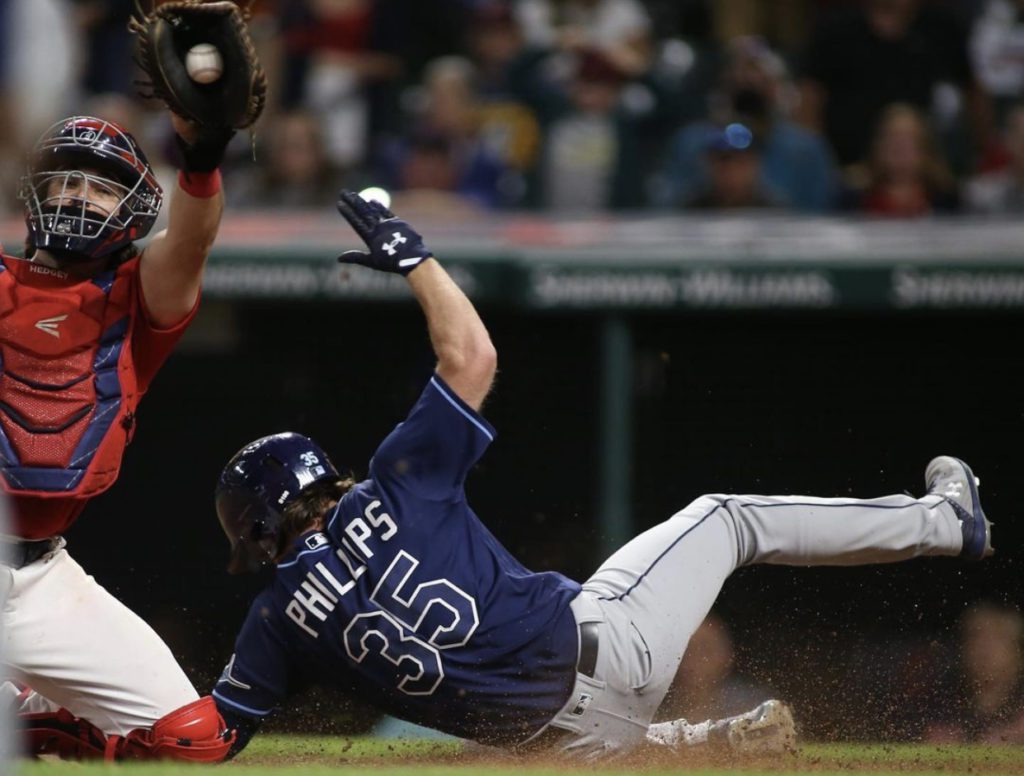 The Tampa Bay Rays rallied from an early three-run deficit, and trailing by two runs going into the ninth inning forced extra innings, finally moving ahead to defeat the Cleveland Indians 5-4 in 10 innings Thursday night at Progressive Field.

Rays starter Luis Patino and his Cleveland counterpart Cal Quantrill each worked scorelessly through the first two innings, but the Indians got to Patino in the third as Oscar Mercado doubled to lead off the inning, and after Cesar Hernandez grounded out and Amed Rosario struck out, Jose Ramirez was intentionally walked so that Patino could get the better analytical matchup against Franmil Reyes.  However, the matchup ended up backfiring, as Reyes launched a three-run homer to give the Indians a 3-0 lead.

The Rays got one run back in the top of the fourth when Yandy Diaz‘s line drive got past Daniel Johnson in right for a triple, and Kevin Kiermaier plated him with a sacrifice fly, but Cleveland got the run right back with a sacrifice fly of their own by catcher Austin Hedges.

Patino ended up working into the sixth, and Chris Mazza made sure Cleveland stayed off the board through the eighth.

Tampa Bay got back to within 4-2 in the seventh, as Francisco Mejia tripled off reliever Phil Maton, and scored on a groundout by Taylor Walls.

The Rays almost tied the game in the eighth, but Joey Wendle‘s bid for a two-run homer fell just short in right.

Diaz pulled Tampa Bay back within a run leading off the ninth against James Karinchak with his sixth home run of the season.

Ji-Man Choi, pinch-hitting for Walls with two out in the inning, ended up drawing a walk to extend the game, and Lowe followed with a double off the top of the wall in left, allowing pinch-runner Brett Phillips to score from first to tie the game.

Pete Fairbanks worked a scoreless bottom of the ninth, and the Rays took their first lead of the night in the tenth, when Austin Meadows singled off Bryan Shaw, bringing in Randy Arozarena, who started the inning at second base.

Diego Castillo worked a 1-2-3 bottom of the tenth, including striking out both Reyes and Bobby Bradley to end the game and earn his 14th save.

The win allowed Tampa Bay to keep pace with the Boston Red Sox, who remain a game ahead of the Rays in the American League East thanks to their comeback win at home over the Yankees.