Rays Pitch Gem, Get To Edge Of Another Division Title 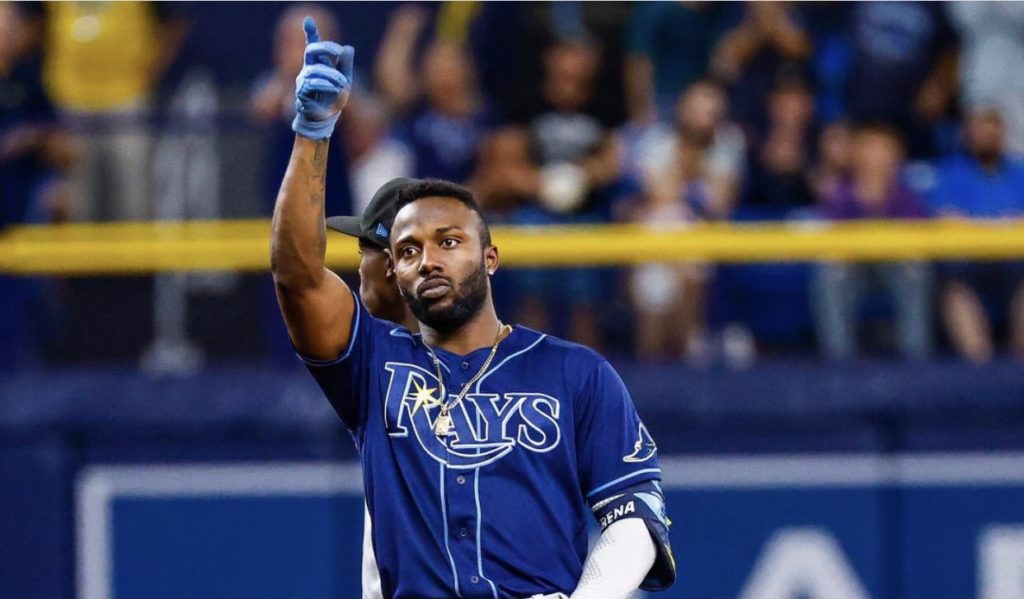 Three Rays pitchers combined to throw a two-hit shutout, Wander Franco returned from the injured list to extend his on-base streak, and Randy Arozarena and Kevin Kiermaier each drove in three runs as Tampa Bay shut out the Miami Marlins 8-0 Friday night at Tropicana Field.

The Rays came right out and took the lead against starter Edward Cabrera, loading the bases on walks to Ji-Man Choi and Austin Meadows sandwiching a base hit by Nelson Cruz.  Randy Arozarena then cleared the bases with a double into the left field corner for a 3-0 lead.

After David Robertson opened the game by facing the minimum, Ryan Yarbrough took over to begin the second, and tossed six innings of shutout ball, allowing just two hits and a hit batter while striking out four in an 80-pitch outing.

The Rays added on with two more runs in the fourth against reliever Sean Guenther.  Joey Wendle led off with a bunt single, and moved to third on a double by Francisco Mejia.  Kiermaier then flared a Guenther pitch to left that landed just fair and bounced away from left fielder Lewis Brinson for a two-run double and a 5-0 lead.

The same portion of the lineup came through again an inning later with another big two-out hit, this time a single by Mejia that scored Meadows, who singled with one out, and Wendle, who drew a walk with both runners advancing on a Guenther wild pitch.

Franco, who was activated Friday after missing two weeks due to a hamstring injury, extended his on-base streak to 40 consecutive games thanks to a walk in the sixth issued by Zach Thompson.  He would add a double to lead off the eighth off catcher Sandy Leon.

Tampa Bay sored one final run in the bottom of the seventh, as Arozarena reached on an infield hit to lead off the inning against Zach Pop, and came around to score three batters later on a line drive from Kiermaier that landed in front of center fielder Magneuris Sierra and bounced over his head for a triple.

Thanks to the win and Boston’s loss at home to the New York Yankees, Tampa Bay’s magic number to clinch their second consecutive American League East championship has been reduced to two, while the number to secure home field advantage throughout the playoffs is now 5 thanks to Oakland’s win over Houston.