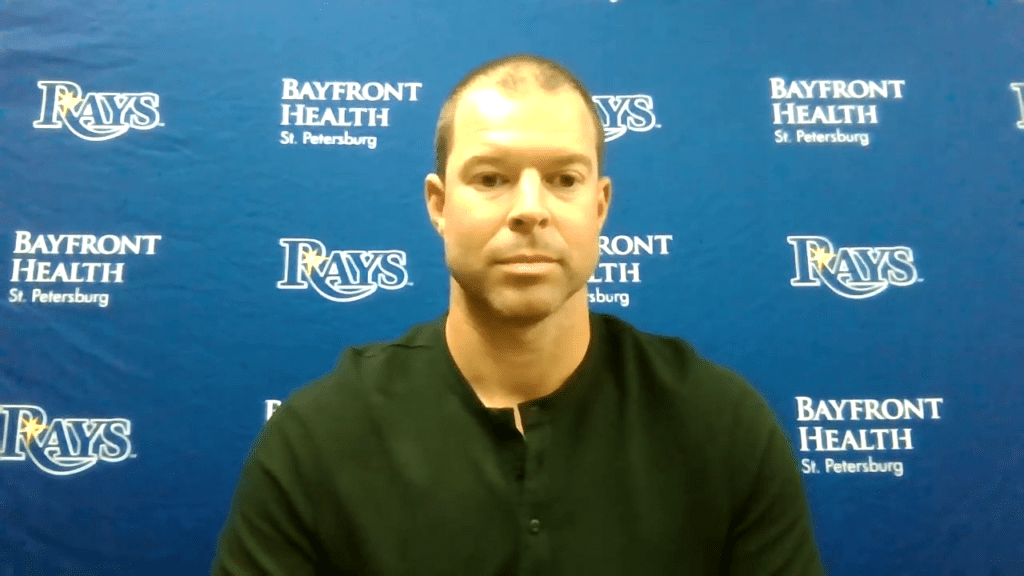 A night after dealing infielder Joey Wendle to the Miami Marlins to make room on the 40-man roster, the Tampa Bay Rays made the signing of former two-time Cy Young Award winner Corey Kluber official, inking the 35-year-old to a one-year deal worth $8 million with another $5 million in incentives.

The right-hander was pursued by Tampa Bay in 2021, and ultimately decided to sign with the New York Yankees, but said one of the biggest reasons he decided to take the Rays’ offer this season is to get an opportunity to hoist the Commissioner’s Trophy.

I’m at the stage of my career where I’m still trying to win a World Series,” Kluber said Wednesday.   “And I think the success this team has had the last few years, I think it makes it pretty obvious they’re in a position to do that.”

The veteran said seeing how the Rays do things up close last year as a member of the Yankees was also a factor in coming to St. Petersburg.

“The expectation is to go out there and win,” Kluber said.  “It may not be what quote unquote the traditional way to do it would be but it doesn’t change the expectation.”

Kluber now gets a chance to reunite with manager Kevin Cash, who was the bullpen coach with Cleveland before he took the reins in Tampa Bay.

“I think he’s one of those guys that when he got this opportunity [with the Rays] having spent time with him you understood why,” Kluber said.  “And now to see the success that he’s had in this role, and I think with how much he cares about the players and how much time and energy he puts into his work, I think it’s not a surprise how much success he’s had.”