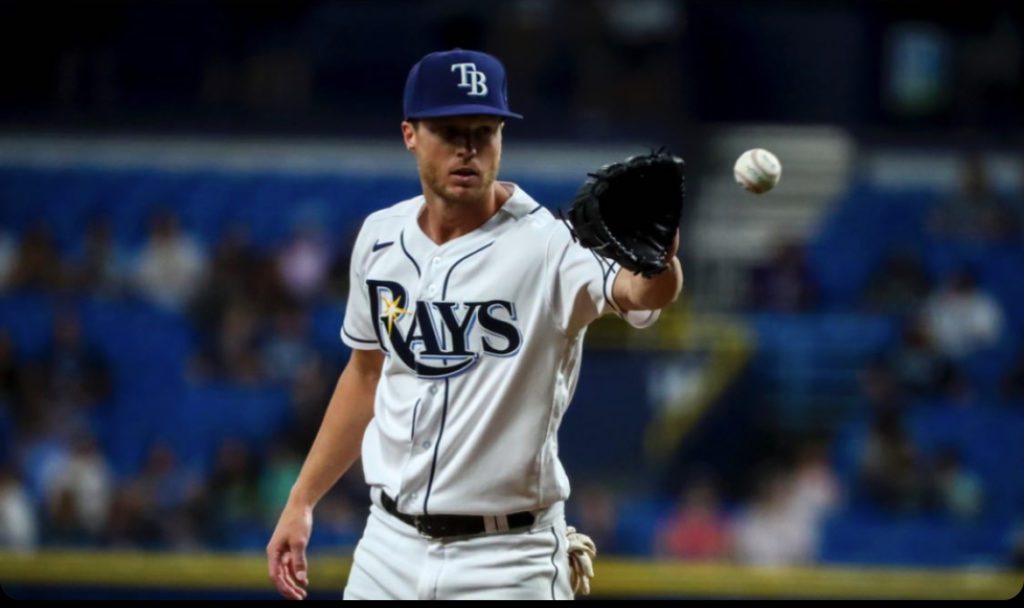 The Tampa Bay Rays not only became the final team to fall from the ranks of the unbeaten Monday, but also saw another starter lost to injury, as Luis Patino left with an oblique injury in the first, and the Oakland Athletics took advantage by hitting four home runs to take the opener of their four-game series 13-2.

Patino threw just 13 pitches before exiting with two outs and a runner at second base, as manager Kevin Cash had to bring in right-hander Chris Mazza.  Mazza hit Sean Murphy with his first pitch, then gave up a three-run homer to Seth Brown to open the scoring.  Chad Pinder followed with a solo shot of his own to extend the deficit up to 4-0.

Oakland added four more runs off Mazza in the second, as Sheldon Neuse and Christian Pache started with base hits, and an error by Taylor Walls on a Tony Kemp ground ball allowed both to score.  Elvis Andrus followed with his first home run of  2022 that made it 8-0.

Mazza would allow one more run in the fourth before leaving, while J.P. Feyereisen would keep the Athletics off the board through the fifth, and Jason Adam put up a zero in the sixth.

Tampa Bay finally broke the shutout bid up in the sixth as Wander Franco singled to start the inning against Zach Kackson, on of his three hits on the evening, and after a base hit by Ji-Man Choi moved him to third base, a fielder’s choice grounder by Josh Lowe brought in the shortstop.

Ryan Thompson made his first appearance since undergoing thoracic outlet surgery at the end of the 2021 season, allowing a triple to Murphy, but no runs, and Brett Phillips was asked to work the eighth, when he did, needing just five pitches to face the minimum.

Tampa Bay added one more run in the eighth, as Franco foubled off A.J. Puk and scored two batters later on a base hit by Choi.

Oakland did finally get to Phillips in the ninth, as he walked Billy McKinney, and after a flyout by Murphy, and Brown was retired by Phillips, who made a sliding catch in foul territory by the Athletics’ dugout.

“I’m going to be honest,” Phillips said after the game.  “If I don’t win catch of the year by a pitcher, I’ll be highly disappointed.”

But the 27-year-old appeared to have run out of gas after that catch.  He gave up a double to Chad Pinder, then walked Stephen Vogt before Sheldon Neuse got a pitch in the zone and sent it deep into the seats in left for his first career grand slam, capping the scoring at 13-2.

The Rays will turn to right-hander Tommy Romero Tuesday, making his big league debut, to try and even the series.  He’ll go up against Adam Oller, who is also making his first major league appearance.  First pitch is scheduled for 6:40.