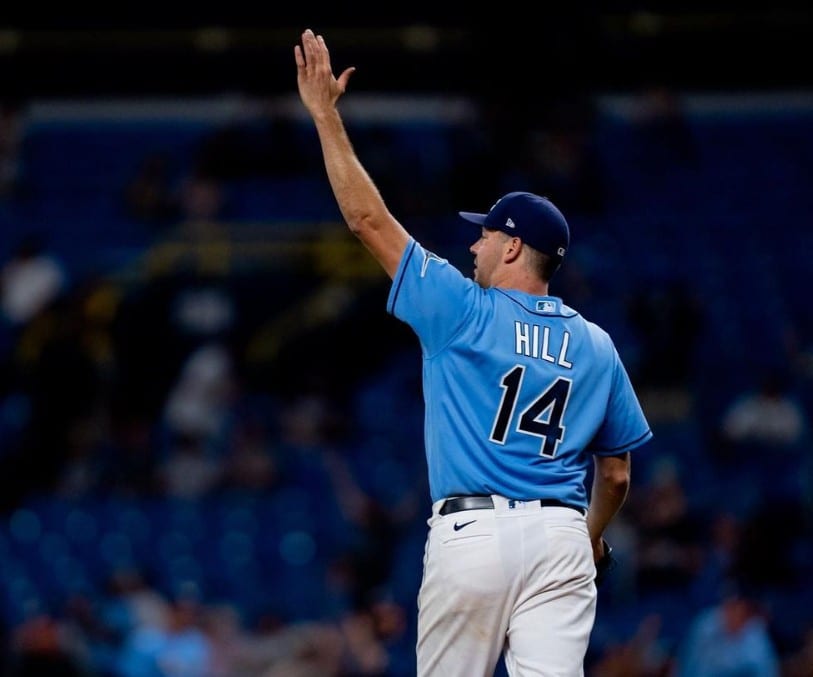 The Tampa Bay Rays will take another stab at ending their losing streak, which now stands at seven straight games.  Rich Hill (5-2, 3.64 ERA) will get the start taking on Garrett Richards (4-4, 4.36 ERA).  First pitch is scheduled for 7:10.

Taylor Walls was in the original lineup for the Rays, but was scratched due to soreness in his right wrist.

Manager Kevin Cash said before the game that Walls has been dealing with the issue for some time, and that a diving play in Tuesday’s loss exacerbated the issue.  They hope a day’s rest will help calm the soreness down, but he is available off the bench if needed.

Brett Phillips was entered in the lineup in Walls’ spot to play center field.  Manuel Margot was moved to right, Brandon Lowe moves to second base, Joey Wendle to third, and Wander Franco will play shortstop.