Rays Fall From Division Lead Losing Another In Extras 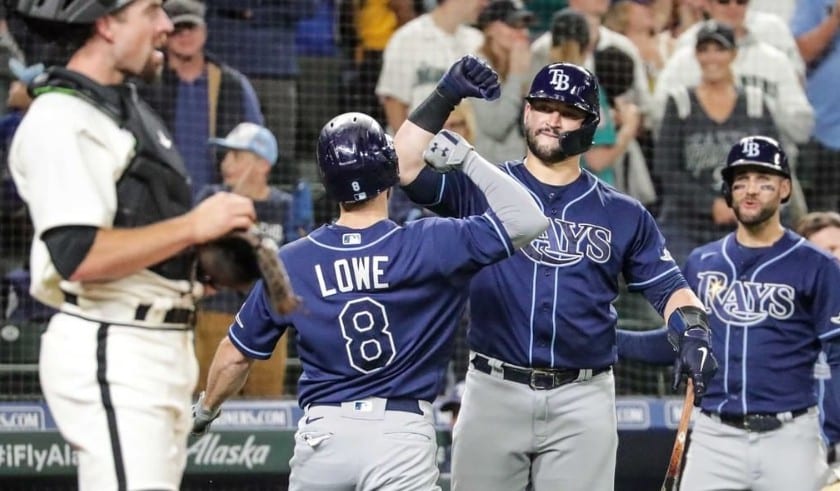 After rallying from a 5-2 deficit to force extra-innings, it took just one pitch for the Seattle Mariners to drop the Tampa Bay Rays out of the lead in the American League East, as Mitch Haniger‘s RBI single gave the Mariners a 6-5 decision Saturday night at T-Mobile Park.

Haniger’s base hit off J.P. Feyereisen plated J.P. Crawford, who was placed at second base after he struck out to end the bottom of the ninth with the winning run at third.

Tampa Bay had a 2-0 lead after their half of the second inning, with Austin Meadows, who led off the inning against Logan Gilbert with a base hit, scoring from first on a double by Joey Wendle.  Wendle would move to third on a bunt single by Taylor Walls and score on a sacrifice fly by Mike Zunino.

But that lead would be short-lived, as the Mariners countered against Josh Fleming with a double by Kyle Seager and singles by Tom Murphy and Jake Bauers to cut the deficit to 2-1.  Dylan Moore drew a walk to load the bases with nobody out, but Fleming struck out Jake Fraley and Shed Long Jr. to nearly wiggle off the hook, but Crawford lined a 0-1 sinker off the top of the wall in right and into the seats for a grand slam and a 5-2 lead.

Fleming would bounce back and work one out into the seventh, throwing a career-high 110 pitches.

Tampa Bay would use the long-ball to get back into the game, with Mike Zunino’s solo homer in the fifth cutting the deficit to 5-3, Manuel Margot‘s solo shot an inning later would draw the Rays to within one, and Brandon Lowe‘s pinch-hit solo shot with two outs in the ninth on Kendall Graveman got the game tied.

Drew Rasmussen, who was called up by the Rays before the game, made his team debut by striking out four of the five batters he faced to get the game through the eighth, and Matt Wisler allowed a single to Jake Fraley in the ninth, but got Taylor Trammell to ground out and struck out Crawford to force extra innings.

In the tenth, Tampa Bay could not take advantage of the runner placed in scoring position, stranding Zunino at third against Rafael Montero.