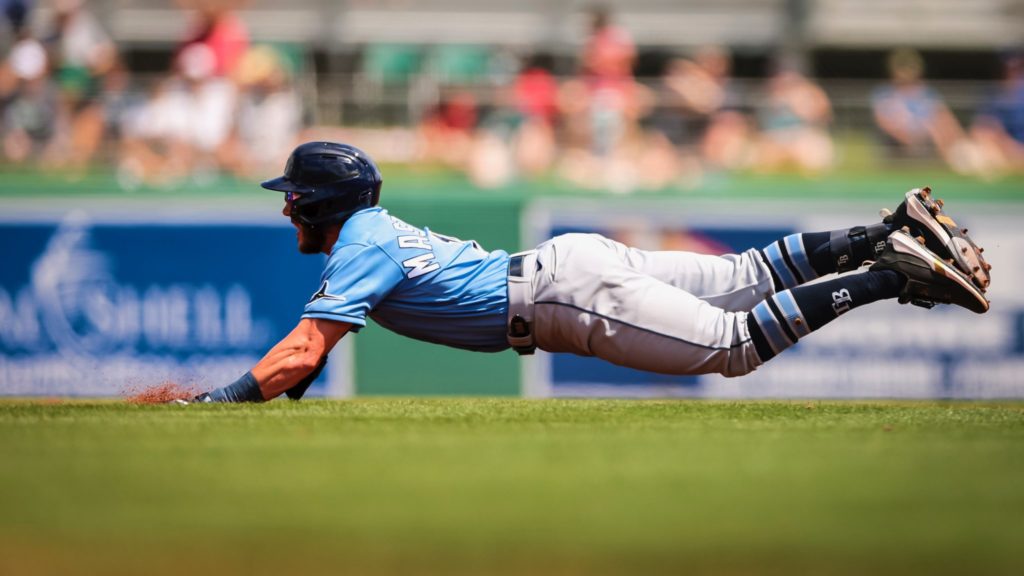 Mazza, the only pitcher Tampa Bay used Friday that saw major league action in 2021, allowed just one hit – a first-inning single by Christian Arroyo – and struck out a pair in his first outing of the spring.

The Rays would get on the board in the third, as Esteban Quiroz drove in Mastrobuoni, who doubled off Red Sox started Nathan Eovaldi to start the inning, with a base hit to make it 1-0, and Lowe’s base hit later in the inning doubled Tampa Bay’s advantage.

Minor-leaguer Kaleb Ort game up an RBI single to Mastrobuoni in the top of the fourth to give Tampa Bay a 3-0 lead.

Boston drew even in the bottom of the fourth, as Bobby Dalbec’s three-run homer off Zack Erwin made it a 3-3 game.

The Red Sox took the lead in the sixth on a fielder’s choice grounder by Tyler Esplin, but Proctor’s three-run blast off Brian Keller gave the Rays another two-run advantage at 6-4.

Seth Blair allowed Boston to again tie the game in the eighth on a solo homer by Christian Koss and a RBI single by Tyreque Reed, and Joel Peguero allowed a second homer to Koss in the bottom of the ninth to give the Red Sox the victory.

Tampa Bay will open the home portion of the Grapefruit League schedule Saturday, when the Atlanta Braves come to Charlotte Sports Park.  Right-hander Phoenix Sanders is scheduled to start against Jackson Stephens.  First pitch is scheduled for 1:05.