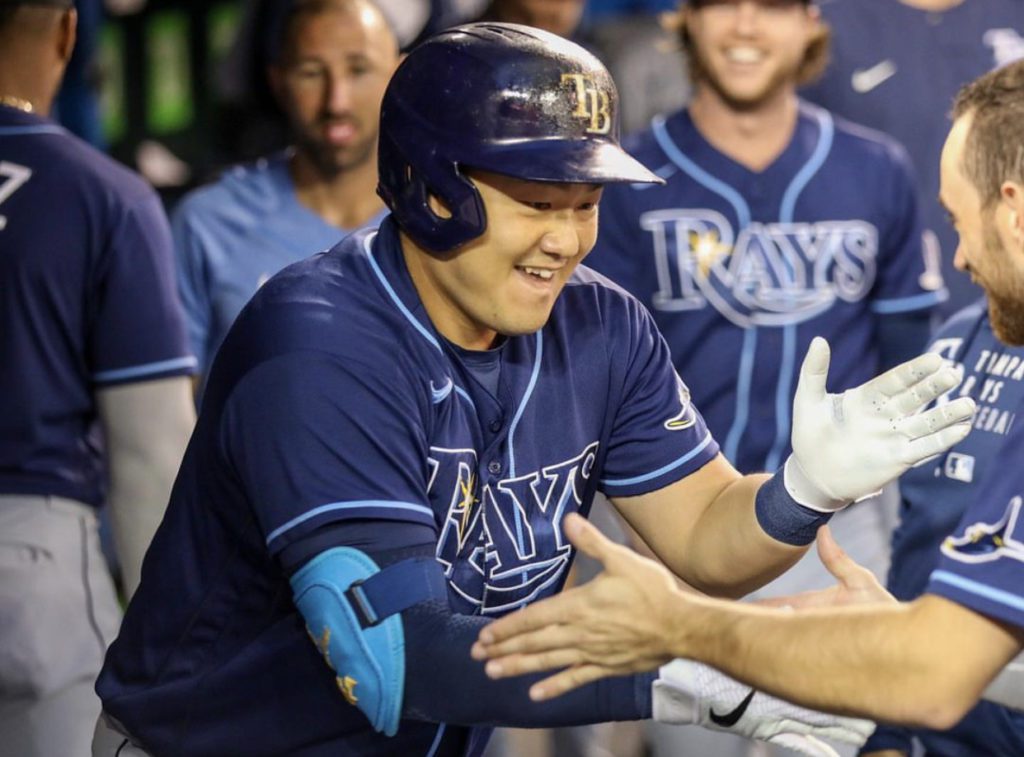 A night after Blue Jays pitching held the Rays hitters to just two hits, Tampa Bay returned the favor, as Drew Rasmussen and four relievers combined to throw a three-hit shutout, while Ji-Man Choi and Brandon Lowe’s solo homers proved to be more than enough for a 2-0 win at Rogers Centre Tuesday evening.

Choi teed off on a 2-0 pitch from Jose Berrios leading off the top of the second inning, sending one into the second deck in right for his tenth home run of the year.

Choi’s homer would be the difference in the game of chicken between the two starters, as Rasmussen  would allow just two hits in five scoreless innings, while Berrios allowed just the one run in seven innings.  Pete Fairbanks and JT Chargois each worked scoreless innings of relief to keep things 1-0.

Lowe’s one-out solo shot off Tim Mayza in the eighth, his 34th of the season, gave Tampa Bay an insurance run.

David Robertson worked a scoreless eighth, and Andrew Kittredge worked a 1-2-3 ninth inning to earn his seventh save.

The win extends the Rays lead in the American League East to nine games, and drops the magic number to win the division to nine.