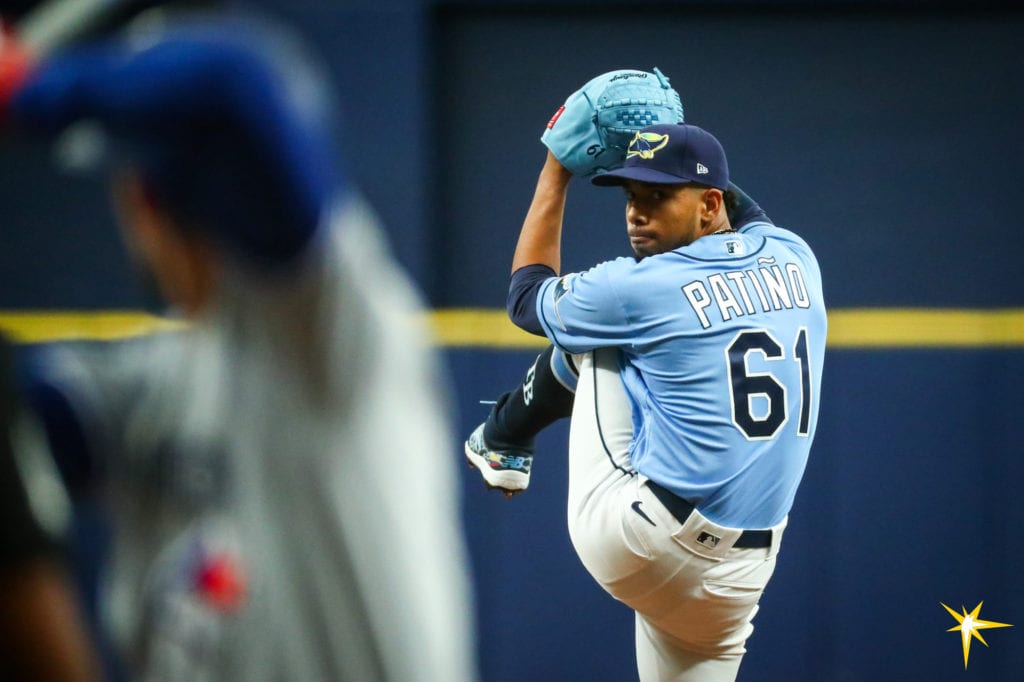 The Tampa Bay Rays will look for their fifth consecutive win tonight, as they take on the Baltimore Orioles, who are going for their 11th straight victory.  Luis Patino (0-1, 13.50 ERA) will come off the 60-day injured list to make the start, taking on Tyler Wells (7-4, 3.28 ERA).  First pitch is scheduled for 7:10.

With Patino being activated from the 60-day injured list to make his first start since April 11, the Rays had to make a pair of roster moves to get him back on the major league and active rosters.  Right-hander Tommy Romero, who earned the win in Thursday’s finale against Boston, was optioned back to Triple-A Durham, and catcher Mike Zunino, who is still dealing with issues with his right shoulder, was transferred from the 10-day to the 60-day injured list.

“It’s been a long road for him to get back,” Cash said of Patino.  “I don’t think he was totally right in spring training, and then we kind of learned that when he took the mound for us [in April.]”

Lowe, Fairbanks Could Return This Weekend

Both second baseman Brandon Lowe and reliever Pete Fairbanks are back in St. Petersburg, and according to Cash, they could be activated off the 60-day injured list and rejoin the active roster as soon as Saturday.

“[We’re] very encouraged by both of them that they kind of went through multiple rehab games and came out feeling really good,” Cash said Friday.

Lowe, who has been out since May 15, has played five games at Triple-A Durham, going 5 for 16 with a pair of doubles for the Rays top minor-league affiliate, while Fairbanks made six relief appearances, going 0-1 with a 3.86 ERA, giving up five runs, two earned, in 4 1/3 innings.