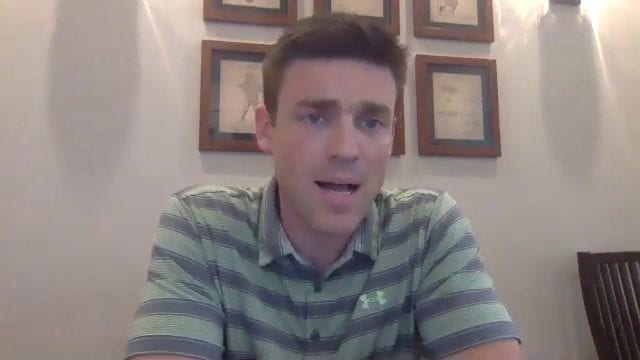 When Chris Archer left the Tampa Bay Rays at the trade deadline in 2018, he was known as the top guy in the starting rotation; the pitcher who would take the ball every five days for Kevin Cash and the coaching staff.  General manager Erik Neander said Tuesday if things work out, that would still be the case.

“In an ideal world, he takes the ball every fifth day,” Neander said in a Zoom conference announcing the signing.

But that doesn’t mean that Archer is insistent that he only be used in a starting role after going just 6-12 after being traded to Pittsburgh, and missing the entire 2020 season after undergoing thoracic outlet surgery.

“I will say that in the conversations we’ve had he’s wide open to doing whatever he can help to win games,” Neander explained.  “He’s made that very clear, that’s not anything we had to pull out of him.  It was a matter of him saying ‘Look, if you need me to bulk.  If you want to put someone in front of me, whatever can help this team win games, that’s what I’m about.'”

Neander also  believes the addition of both Archer and Michael Wacha will help bring experience and leadership to a team that despite going to the World Series in 2020, lost two of its leaders on the pitching staff this offseason in Blake Snell and Charlie Morton.

“I think it’s great,” Neander admitted.  “We have a lot of young talent, and young talent’s impressionable.  And you want to have good examples around them, to influence them.  We certainly feel the veterans we’ve brought in do really help in that regard.”

But most importantly for the Tampa Bay general manager, Tuesday signing brings back some familiarity that was lost in the trade of Snell and the loss of Morton in free agency.

“I don’t know if it totally hit me until we agreed to terms,” Neander laughed.   “We got on the phone and were having those conversations again, and you wake up and go ‘I was having a dream that Arch was a Ray again.  Did that really happen?  Did we do that?  Did he do that?'”

It’s something Rays fans hope to be smiling about all year.