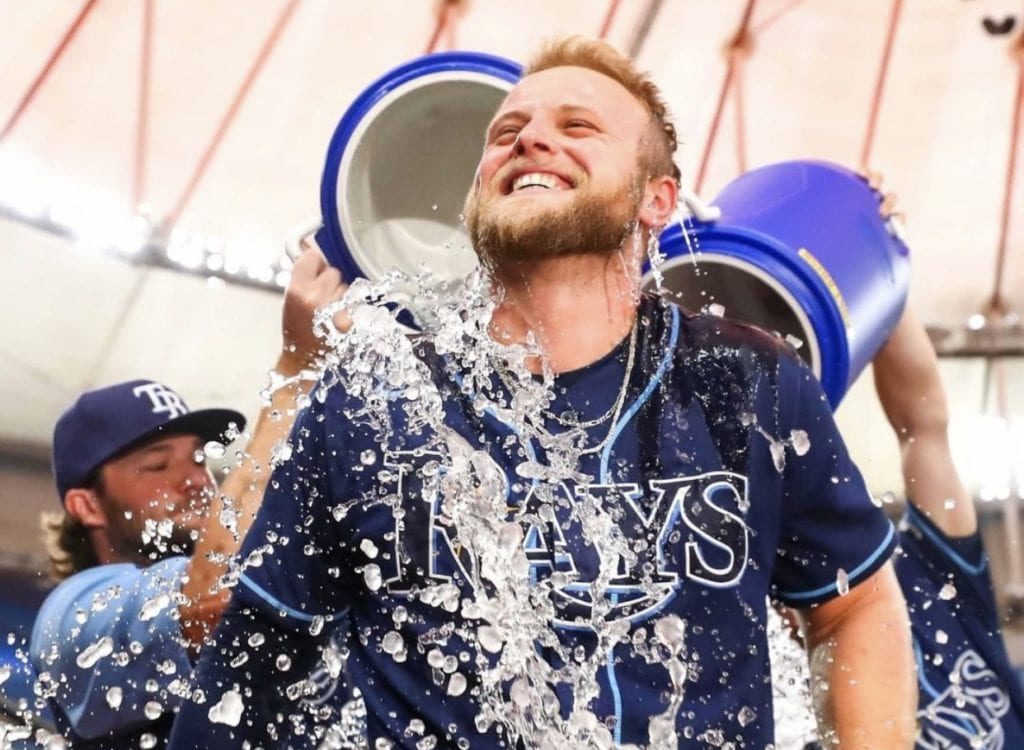 The Tampa Bay Rays relied on a pair of bats at the top of the order to carry them Wednesday, as Randy Arozarena had three hits including a pair of home runs, and Austin Meadows had a pair of hits including a walk-off two-run single in the bottom of the ninth inning to edge the Baltimore Orioles 5-4 at Tropicana Field.

Trailing 4-3 heading into the bottom of the ninth against left-hander Tanner Scott, Francisco Mejia led off with a base hit.  He would move to second two batters later as pinch-hitter Mike Zunino drew a walk, and Arozarena’s flare single to shallow right loaded the bases.  Vidal Brujan struck out for the second out of the inning, and Scott got ahead of Meadows 0-2, but left a 96 MPH fastball where Meadows could get his bat, and his single brought in Mejia and pinch-runner Kevin kier to end the game.

The Meadows hit was the final servo in what was a back-and-forth affair from the very start, as Rays starter Michael Wacha gave up back-to-back double to Cedric Mullins and Austin Hays in the top of the first inning to give Baltimore an early 1-0 lead.

The right-hander got out of the inning thanks to the help of a lineout comebacker by Trey Mancini that he was able to turn into a double play, and Arozarena tied the game on the second pitch of the bottom of the inning, connecting against emergency starter Alexander Wells, who had been called up when scheduled starter Keegam Akin was placed on the injured list just before the game.  For Arozarena it was his first career leadoff home run.

The Rays took their first lead an inning later, with Mejia singling off Wells to start the frame and scoring on a triple by Joey Wendle.  But Tampa Bay couldn’t get any insurance in the inning, as Wendle would be thrown out at the plate on a fielder’s choice grounder by Arozarena.

Pat Valaika got Baltimore even leading off the third, taking the first pitch of the inning from Wacha and depositing it in the seats for his second home run of the year, and Mountcastle followed suit to start the fourth, hitting his 15th of the season.

Then it was Arozarena’s turn to ambush the first pitch, blasting his 13th home run of the season in the bottom of the fifth, and having his first multi-homer game since May 19, tying the game at 3-3.

Wacha would leave the game after the fifth, and Baltimore would get one more run off reliever Matt Wisler on a double by Mancini followed by a base hit by Mountcastle.

Collin McHugh earned his third win of the year by tossing two scoreless innings, allowing just a hit and a walk while striking out three.

Tampa Bay heads back out on the road for a four-game series in Cleveland beginning Thursday evening, with Luis Patino (1-2, 4.87 ERA) scheduled to be recalled from Triple-A Durham to start, taking on Cal Quantrill (2-2, 4.05 ERA).  First pitch is scheduled for 7:10.