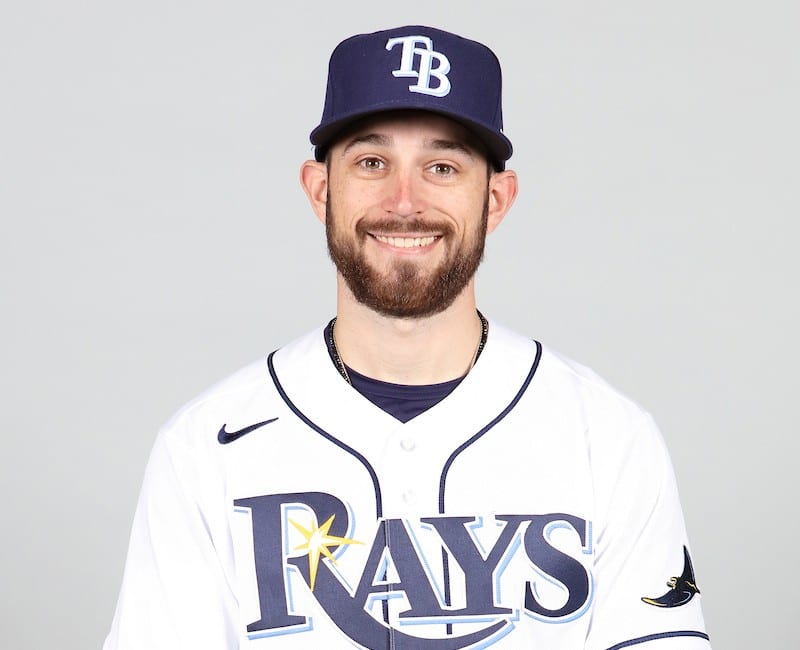 The Tampa Bay Rays were held to just three hits, but they made the most of them Wednesday in Anaheim, as Brandon Lowe‘s three-run homer proved to be the difference in a 3-1 win over the Los Angeles Angels.

Lowe’s blast, his fifth of the season, came in the top of the seventh inning off reliever Junior Guerra, and followed a leadoff walk to Brett Phillips and a bloop single by Willy Adames.  Lowe fell behind 0-2 but got a fastball over the plate and sent it into the bushes that make up the batters’ eye in center.

Andrew Kittredge opened the game for Tampa Bay, allowing an infield single and a walk but no runs in two innings before turning the game over to Ryan Yarbrough.  Jose Rojas welcomed the left-hander with a double down the right field line.  David Fletcher‘s bunt single got Rojas to third, and Taylor Ward attempted safety squeeze didn’t get the run in, but moved Fletcher into scoring position.  Mike Trout was intentionally walked, but then Jared Ward was also walked to force in a run.

Yarbrough limited the damage by striking out Jose Iglesias and getting Phil Gosselin to ground into a fielder’s choice.

Angels starter Shohei Ohtani allowed only one hit in five-plus shutout innings and struck out seven, but also issued six walks on the night.  He helped himself in the third, snaring a line drive back at him from Austin Meadows, and reliever Chris Rodriguez bailed him out in the sixth after the bases were loaded by getting Yoshi Tsutsugo to ground into an inning-ending double play.

Yarbrough left the game one batter into the seventh, with Ryan Thompson getting all three outs in the inning, including a strikeout of Trout to end the frame, and the first two outs in the eighth.  Jeffrey Spring got the final four outs of the game to earn his second save.

The win improves the Rays record to 17-15 on the season.

Tampa Bay can finish off a four-game sweep of the Angels with a win Thursday evening.  Right-hander Collin McHugh (0-1, 10.13 ERA) will make his first appearance since being activated from the injured list to open the game, taking on Andrew Heaney (1-2, 5.25 ERA).  First pitch is scheduled for 9:38.