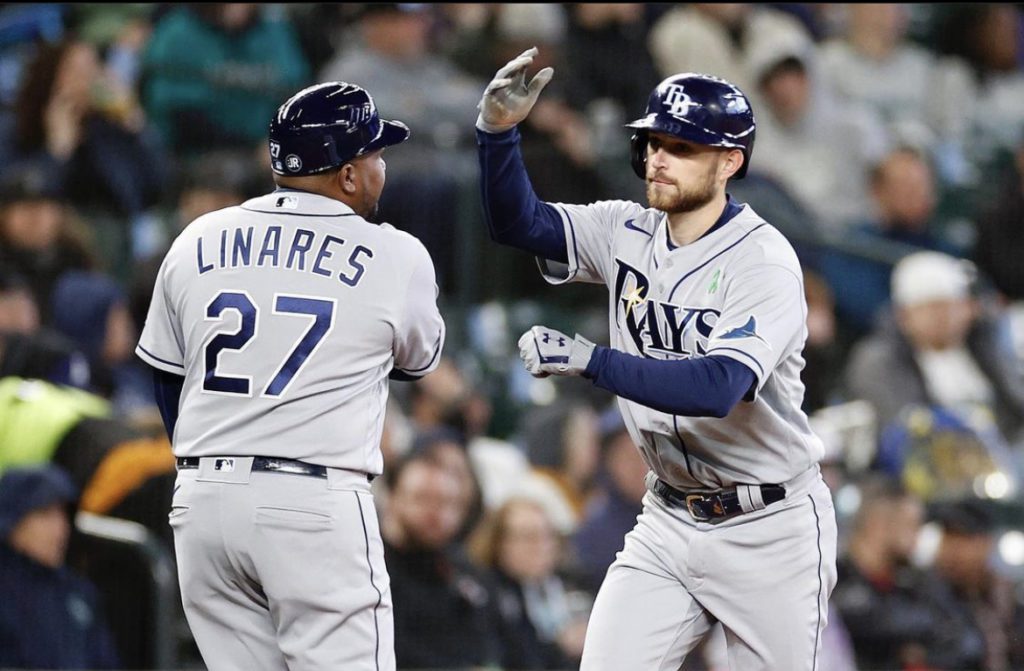 Lowe had gone 19 games and 79 plate appearances since his last home run on April 14 when he came to the plate in the top of the fourth inning against left-hander Marco Gonzales and deposited an 0-1 change-up into the seats in center for his fourth homer of the season to turn a 1-0 lead into a 2-0 advantage.

Just a deep fly out to a guy in a Mariner’s jersey.

Drew Rasmussen worked the first five innings Saturday, allowing just one hit, which came in the bottom of the fifth on a RBI single by Adam Frazier, scoring Julio Rodriguez, who had tripled to start the inning.

Lowe got the run right back for Rasmussen in the sixth, taking a first-pitch fastball from Gonzales and sending it into the seats in right-center.

🚨 Brandon Lowe is heating up 🚨 pic.twitter.com/rdyhtLfUAh

The Rays then opened the game up against former teammate Diego Castillo in the eighth.  Wander Franco singled to start the inning, his third hit of the night, and moved to second on a base hit by Harold Ramirez.  Both runners moved up a base on a wiuld pitch, and Franco scored on a fielder’s choice by Randy Arozarena, avoiding the tag of Cal Raleigh at the plate.  Lowe drew a walk to load the bases, and the very next pitch to Margot ended up in the bullpen in left for Margot’s second home run of the year.

Don’t wait for another pitch when you’re feeling grand pic.twitter.com/2ReENFqg37

Ralph Garza, just recalled from Triple-A Durham before the game, worked a scoreless eighth, but allowed a solo homer to Abraham Toro in the ninth before finishing out the game.

The win ensures that the Rays will have a winning trip to the west coast before they even reach the final leg of the trip, and gets Tampa Bay to within a game and a half of the New York Yankees, who were rained out for a second straight day.

The Rays can finish a four-game sweep Sunday afternoon, with first pitch scheduled for 4:10.