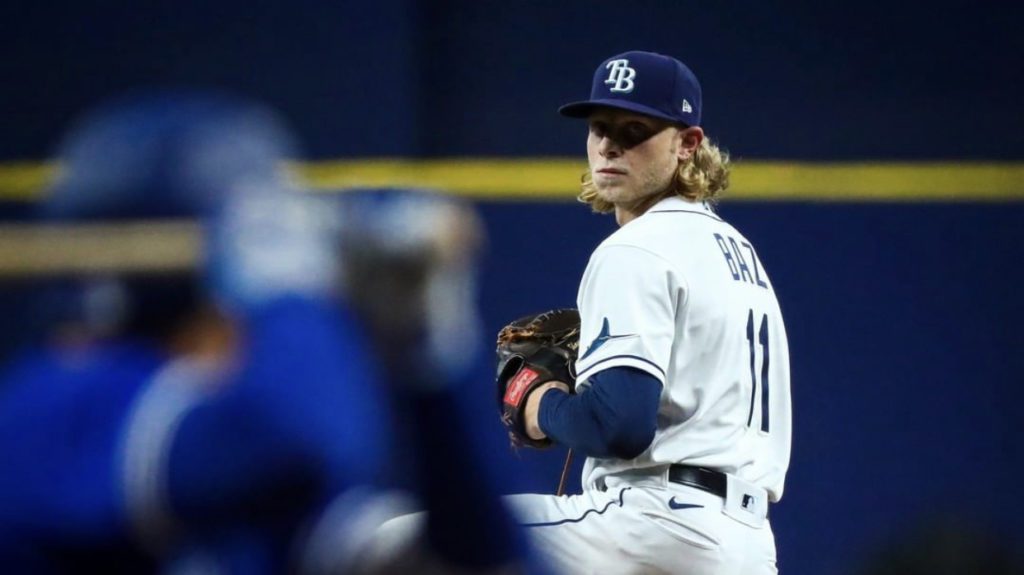 Shane Baz turned out to be everything Rays fans had heard about and more, as the 22-year-old allowed just a pair of solo homer in five innings of work.  Yandy Diaz, meanwhile, turned that 2-0 deficit into a lead with a three-run homer, and Joey Wendle added a solo shot of his own as Tampa Bay snapped their two-game skid with a 6-4 win over the Toronto Blue Jays.

The 22-year-old right-hander, ranked as the top prospect in the organization, worked a 1-2-3 top of the first, striking out George Springer to begin his big league career and Vladimir Guerrero Jr. to end the inning, but Teoscar Hernandez got a fastball up in the zone and blasted it to right-center for his 29th home run of the season.

Tampa Bay would get runners into scoring position in both the first and third innings against Blue Jays starter Robbie Ray, but Diaz would be stranded at second after his leadoff double in the bottom of the first, and after singling and stealing second base thanks to a dropped pickoff throw by Guerrero in the third, Kevin Kiermaier would be doubled off at third base after not retouching when heading back to second on a leaping catch by Gurriel on a Diaz line drive.

Gurriel made the Toronto lead 2-0 in the fifth when he got a hanging slider from Baz and deposited it into the seats in left for his 10th homer of the year.

But the Rays finally started getting the breaks going their way in the fifth against Ray, with Taylor Walls singling with one out in the frame, moving to second on a wild pitch and taking third on an infield single by Kiermaier.  Diaz then crushed a Ray fastball into the seats in left, his 12th homer of the year, a lead Tampa Bay would never relinquish.

The Rays added single runs in each of the next three innings, with Wendle scoring on a Kiermaier single coupled with a two-base throwing error by Jake Lamb in the sixth for a 4-2 lead.  In the seventh against Nate Pearson, Diaz singled, moved to second on a wild pitch and scored on a Manuel Margot base hit, and in the eighth, Wendle unloaded on Ryan Borucki for his 11th homer of the year and a 6-2 lead.

Toronto got back into the game in the top of the ninth, with Springer leading off the inning against David Robertson with a bloop double and Marcus Semien following with his 41st homer of the year.  Guerrero drew a walk, and Kevin Cash brought in JT Chargois, who got Bo Bichette to fly out and struck out Hernandez, but gave up a base hit to Danny jansen and walked Gurriel to load the bases and force Cash to go back to the bullpen and bring in Dietrich Enns, who fell behind pinch-hitter Breyvic Valera 3-0 but came back to strike him out to end the game.

The win extends the Rays’ lead in the American League East to even games over idle Boston, and reduces the magic number to clinch the division to five.