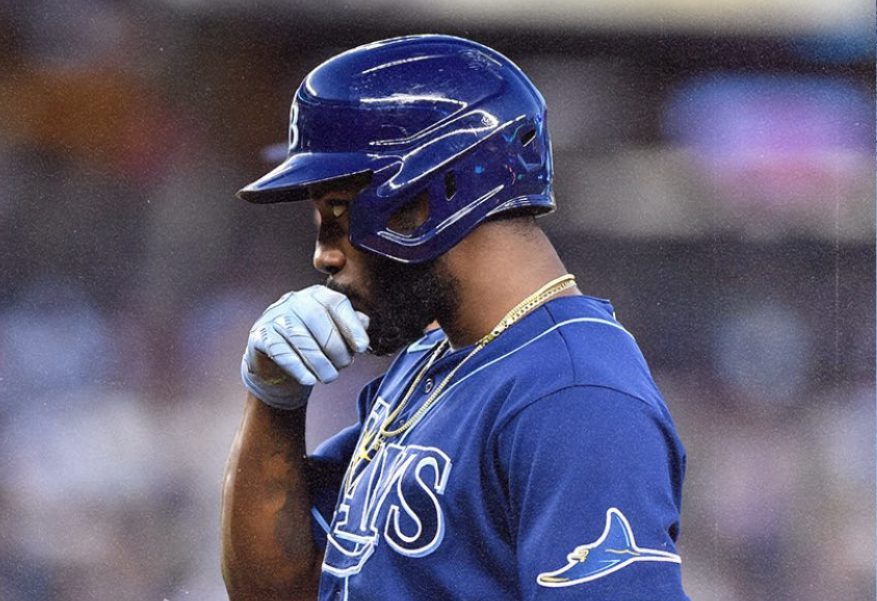 A pitcher’s duel between Corey Kluber and Gerrit Cole was decided by a pair of defensive plays not made by Tampa Bay and a defensive play made by the New York Yankees, as the Rays drop a 2-0 decision Tuesday night in the Bronx.

Both starters didn’t experience much trouble through the first three innings, but in the bottom of the fourth, the Rays corner outfielders could not make a pair of plays to help their right-hander.  It began after a one-out walk to Aaron Judge when right fielder Manuel Margot could not field a fly ball off the bat of Gleyber Torres for an error.  Matt Carpenter struck out for the second out of the inning, but Isiah Kiner-Falefa then singled to left, bringing in Judge, and when Randy Arozarena‘s throw to the plate sailed over Francisco Mejia‘s head to the backstop, Torres would scamper home for the second run of the inning.

Tampa Bay would get the first two runners on in the fifth with nobody out, but strand them both in position.  Then in the sixth, the Rays would load the bases with one out before Arozarena grounded into an inning-ending double play, killing their last best opportunity to try and get on the board.

Both Kluber and Cole would exit after the sixth, and Tampa Bay would bring the tying run to the plate again in the seventh and in the ninth, both times with two out.  But Taylor Walls lined out to end the seventh, and Mejia flew out to deep center after pinch-hitter Brett Phillips singled with two out in the ninth off Clay Holmes.

The loss drops the Rays to ten games behind New York for first place in the American League East.