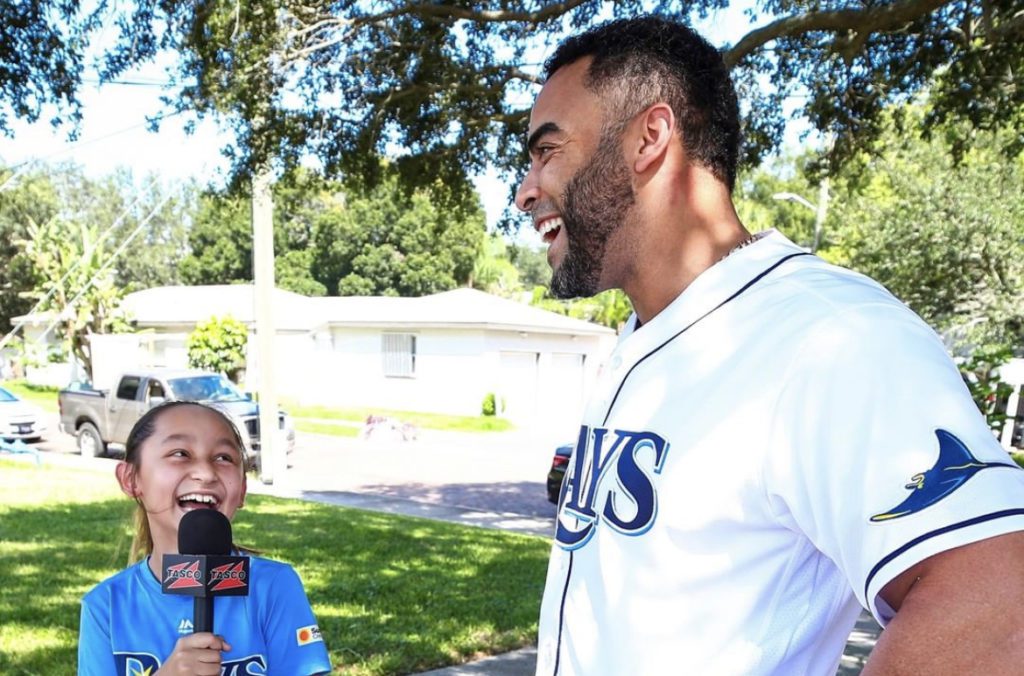 It was announced early Wednesday that Rays designated hitter Nelson Cruz would be the recipient of the 2021 Roberto Clemente Award for his charitable and philanthropic efforts, and Wednesday afternoon, Cruz would show up in Houston to talk about the honor.

Cruz would be joined on the dais by Luis Clemente, son of the late Hall of Fame outfielder whose name adorns the award, as well as MLB commissioner Rob Manfred.

He then joined the crew on MLB Network’s flagship show, MLB Tonight, which is broadcasting from the World Series.